A meeting was held Monday in Brussels to discuss the issue of the budget of the populist coalition in power in Italy. Eurozone finance ministers are trying to reject the budget proposal and support the European Commission. 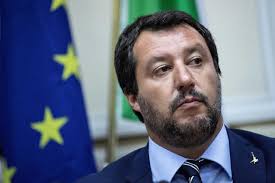 The 19 eurozone ministers (Eurogroup) support the Brussels rejection initiative, which rejected the Italian draft budget on 23 October. She asks "a clear, clear detour, assumed"The main reason for this refusal is the situation of the budget deficit which does not meet the Maastricht criteria: the deficit should not exceed 3% of GDP, now stands at 2.4% The optimistic rate of growth forecast is 1%.
Italy has until November 13 to provide a revised budget, otherwise,excessive deficit procedure"Which will generate financial penalties.
Italian Deputy Prime Minister Matteo Salvini, a ferocious critic of the euro, called on his supporters on 8 December in Rome to convey this message; "Lords of Brussels: let's work, live and breathe"."No small print can bring us back. Never again a kneeling Italy"He continued.
It should be noted that Italy was part of the PIIGS (Portugal, Ireland, Italy, Greece, Spain) countries that suffered from the sovereign debt crisis in 2011. This crisis created a deplorable situation throughout the region. euro, pushing the good students like Germany to ensure the financing of the financial aid envisaged for those countries qualified as clandestine.