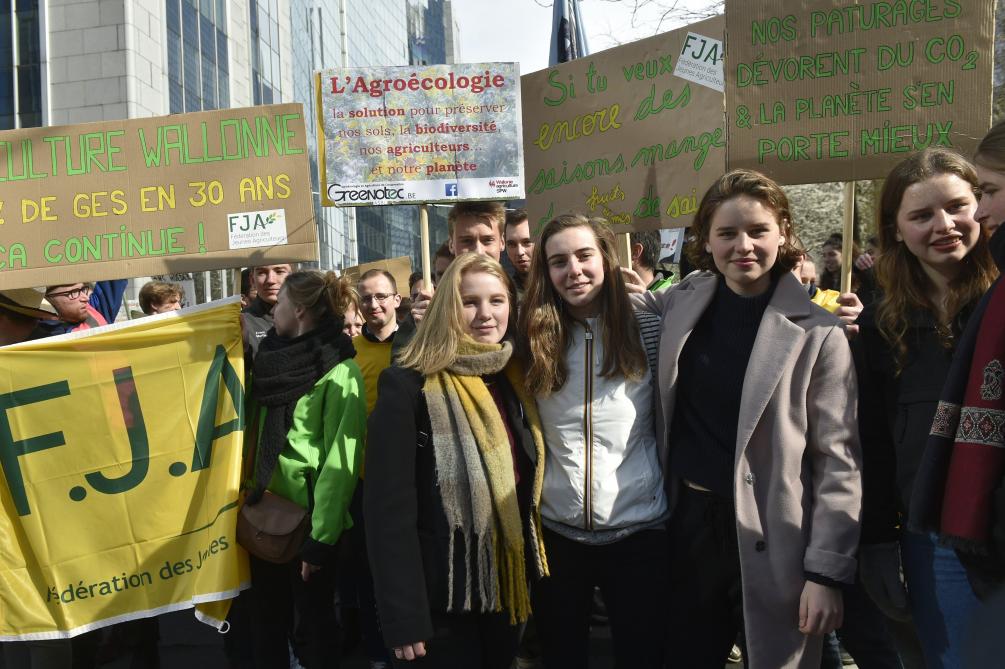 The organizers did not hide their disappointment: the climate law was sent back to the next legislature.

QAccording to police, about 500 people demonstrated on the streets of Brussels in favor of the climate. The procession, invariably led by Anuna De Wever, Kyra Gantois and Adélaïde Charlier, began at 11 am on the Boulevard du Jardin Botanique to reach the Midi station.

For the twelfth week in a row, the protesters held up signs and slogans, hoping to be heard. But the disappointment in the crowd was palpable.

Last week, the climate bill that many citizens have clamored for months was routed after May 26, as there is no consensus in the House on how to pass it.

"We are very disappointed, it is very difficult to swallow and that is probably the reason for the decline in participation today," said Adelaide Charlier, Francophone spokeswoman for the Youth For Climate movement.

Hope, however, continues to excite the young. Among the protesters, Guillaume, Leynell, Dek and Amine of the Saint Joseph Institute in Etterbeek remain optimistic. "Mentalities change, things move," they say.

"The tenacity of young people is exceptional," adds Bruno Goffart, a member of the Grandparents for Climate, who came to support those who "find the strength to overcome disappointment."

On Thursday, a delegation of farmers and women farmers also joined the irreducible hikers.

"We are the first victims of climate change," said Jean-Yves Vancompenolle and Bernadette Vrommane, who had their voices heard by dozens of others.

By participating, they want to send the message that "agriculture is certainly part of the climate problem, like all human activities, but it is also a victim and a solution," says the FWA. ).