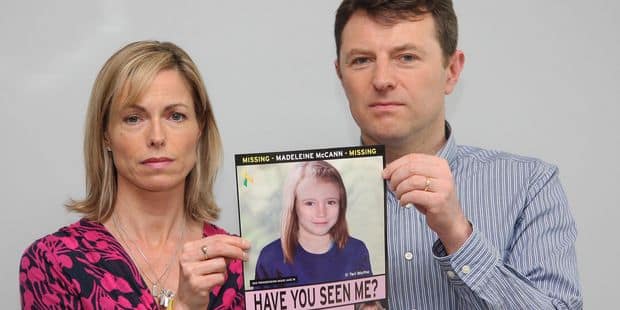 Kate and Gerry McCann are accustomed to criticism. With each new fund raising to fund Maddie's disappearance investigation, they receive hate messages, says The Sun.

As a reminder, her daughter, Maddie McCann, 3, disappeared in 2007 during a holiday in Portugal while sleeping with the other two children of the couple in a hotel room. When Maddie's mother, who was dining with her husband at a tapas restaurant with friends, returned to the room to check that she was all right, she noticed the disappearance of the child. It was thus that one of the most publicized investigations of the time began.

Recently, a Netflix documentary was also interested in this case. For 8 episodes, the video platform tried to answer this question: what happened to Maddie McCann? To be exhaustive, Netflix evoked the theory of the Portuguese police officer Gonçalo Amaral, who has long been in charge of investigating the disappearance of the girl. As he explained in a book, he was always intimately convinced (but can not prove for sure) that Maddie was the victim of a domestic incident that his parents allegedly attempted to mask by evoking a kidnapping. A theory that has triggered the ire of some Internet users. Some people did not hesitate to leave negative comments on the official "Find Maddie" website founded by the girl's parents. So much so that on the Facebook page on the site, a message remembers that "all hateful comments are filtered before publication and will not be published."

A relative of the couple explains
Sun that Maddie's parents "
are upset and upset that people continue to write wrong things against them. "

Parents, they deplore the existence of the Netflix "It will not help to find Maddie." Worse, according to them, this documentary could even disrupt the investigation. Key stakeholders have always claimed they played no part in her daughter's disappearance. They also begged the police to continue the investigation, even if the funds became increasingly difficult to obtain.