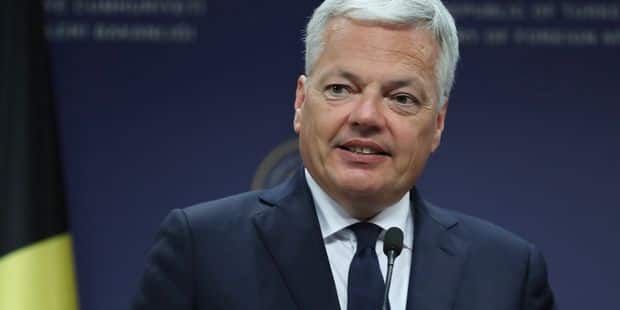 About a hundred researchers sent a letter to the Council of Europe on 13 June to worry about the situation of Belgian children in Syria. For the signatories, it is unacceptable to repatriate only the orphans. "Irony": Didier Reynders, candidate for the post of Secretary-General of the Council of Europe, who "annulled" the children's fundamental rights as Foreign Minister, can read in the missive made by the VUB criminologist Marijke Van Buggenhout.

On 15 May 150 personalities from the academic world published an open letter in La Libre and De Morgen asking Belgium to repatriate Belgian children in Syria, including those living with their mother, urgently.

"It is the protection of the best interests of the child that must prevail according to Article 3 of the Convention on the Rights of the Child, so that parents' mistakes can not be attributed to children." In addition, separation of mother and child constitutes an infringement of fundamental human rights (Article 8 of the ECHR) and of the rights of the child (Articles 5 and 9 of the CRC, respectively), "the appeal argues.

Since then, six children living alone in the Al-Hol camp have been repatriated. But signatories consider the federal government's decision to repatriate only orphans "unacceptable." This policy violates the fundamental rights of children and creates discrimination because "one child is judged to be more innocent and more worthy of being saved than another," the Council of Europe informed in a message that was sent on June 13, accompanied by the letter open in May.

"We consider this policy inconsistent and unacceptable and terrifying," they continue, adding that this is the policy of "who has the ambition to become the next Secretary General of the Council."

"The decisions taken by our Foreign Minister are contrary to the position of the Council of Europe. We call on the Commissioner (Human Rights, Ed) and the Council to resolve this inconsistency and incompatibility," concludes the letter.