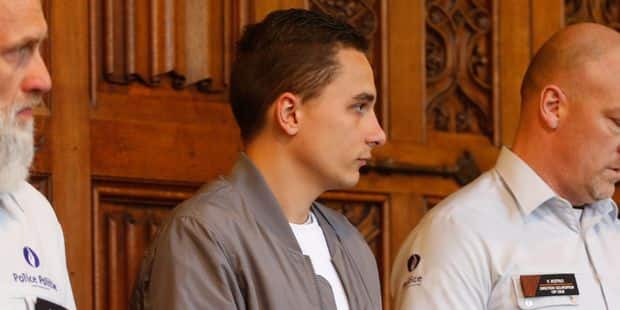 Alexander Hart, one of five accused of the murder of Valentin Vermeesch, was under treatment at the time of the events?

If a neuroleptic was prescribed to him at the time, he said early Tuesday before the Liege court, he stopped taking this medication, which should reduce the aggressiveness and impulsiveness of the patient when Valentin was tortured. and died on the night of 26-27 March 2017. Dipiperon is a drug used to treat psychiatric disorders: it reduces the aggressiveness and impulsiveness of the patient, Corinne Charlier, a toxicologist at CHU de Liège, told court. treatment, the effect disappears and we return to the basic situation. " No rebound effect, or worsening aggression, is observed after stopping treatment, she said.

Alexander Hart first took this medication at the age of 14 or 15, he told the court. A few months before the fact, he had consulted a doctor, at his request, complaining of his excessive nervousness. "It always bothered me to go after my mother, it was bad at home and my mother told me that next time I could not go back, so I decided to take medicine to avoid being very nervous," he explained. "I finally stopped because I did not want to get addicted anymore, Dipiperon had an effect, but I did not like being too calm, not being myself."

"When we stop the drug, the kind of chemical jacket that ensures it disappears and we find aggressiveness and impulsivity spontaneously," Charlier said. It takes about three or four days for the effects to disappear.

Belinda Donnay, who lived with Mr. Hart for six months at the time of Valentine's murder, confirmed that Alexander was not using Dipiperon. "He went to his mother's house to get the boxes, but he did not get them," she said. She says she has never seen Alexander take this medicine. "He was taking others whose name I forgot."

After the fact, he resumed his treatment "not to do things like that anymore." The accused is now treated with Dipiperon, but also takes anxiolytics. According to Charlier, this does not affect the behavior of the accused. "If they are taken on a regular basis, these medications should stabilize the mood and make the person feel more equal and behave more evenly, so it should not have a great influence on how to express themselves."

Once administered the Dipiperon, it takes three weeks to reach a state of equilibrium, she said.

Mr. Molders-Pierre, who advises Mr. Hart, pointed out that this drug issue would be important in determining the sentence that will be imposed on his client. "It has not the slightest influence on guilt," he said, adding that Alexander pleads guilty to all charges. "The taking of drugs by Alexander from the earliest childhood is one of the explanations" of the accused's actions that night, he said.

The hearing was adjourned at 12:00. It will be resumed at 2:00 p.m., with the first hearings of witnesses to the facts, including one of the Vermeesch and Daniels family knowledge that Dorian had confided.