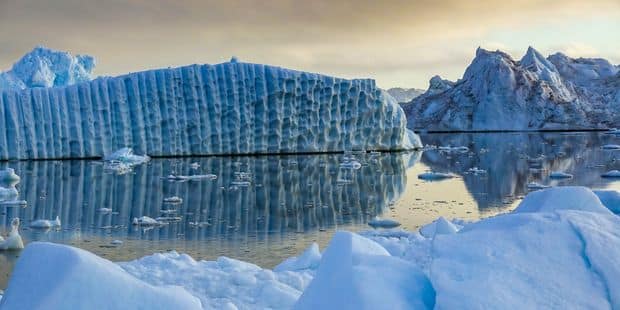 Only the glaciers of Greenland contain the equivalent of seven meters of elevation of the oceans. A new analysis released Wednesday with data from NASA does not exclude that they melt completely in the next millennium under the effect of global warming.

"We predict that Greenland will probably become free of ice by the end of the millennium unless there is a significant reduction in greenhouse gas emissions," wrote the team led by researchers at the University of Greenland. Alaska to Fairbanks in the study, published by Science Advances.

His model is an addition to many others that show that Greenland's glaciers have been melting at great speed since the 2000s, and that the process is worsening.

For this study, scientists have explored NASA's air-based measurements (IceBridge operation) on the thickness of the ice sheet, and rebuilt the speed of glaciers, ice currents that move at varying speeds, and flow into the ocean.

They produce estimates according to more or less dramatic warming scenarios.

According to the researchers, Greenland could contribute to an increase in global waters from 5 to 33 cm by 2100.

"If we continue at this pace, Greenland will melt," says Andy Aschwanden, a professor at the Institute of Geophysics at the University of Alaska.