Home / belgium / Hit a palliative cancer, he renews his marriage vows at the hospital

Hit a palliative cancer, he renews his marriage vows at the hospital 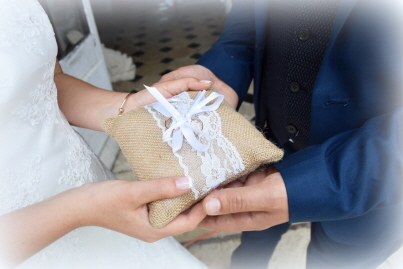 United by their wedding ties in August 2015, Terence and Virginie Lennon again said "yes" on Thursday in the Nevers hospital chapel. A hospital Terence, 34, has not left since July. Stricken by ENT cancer since 2017, he is now in a palliative phase and can no longer talk, eat or drink.

Not enough to prevent him, therefore, from making the most of his life and fulfilling his wish since spring: to renew his marriage vows. What initially had to be an organized surprise at the complicity of the hospital staff finally leaked. But that did not spoil the party or the excitement of this day reported by the Journal du Center.

Surrounded by friends and the little boy, the couple managed to say, "yes" again. And Terence was able to express her feelings: "I had to do something before my health deteriorated. I wanted to thank my wife for supporting me in the disease, I wanted to show her my love."