Happiness by vacuum or by Japanese storage class 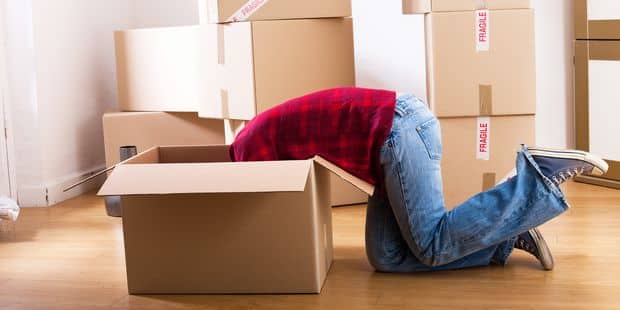 After being temporarily homeless in 2011, Sarah Eby, an American, began to accumulate objects so she never had the feeling of owning anything. "When I moved to my apartment, it was very empty," the mother of a child, originally from Arvada Colorado, told AFP. "I bought everything I could to make myself feel at home."

But after moving several times, the mess began to reign. Today, inspired by the Japanese guru of the organization Marie Kondo, the 27-year-old woman claims to have banished the chaos of her life forever.

Marie Kondo's book, "The Magic of Storing," has been a cult since its publication in the United States in 2014. Millions of people have taken their advice to lead a more orderly … and happier life.

But in fact is the new show on Netflix this thirty, titled in French "The Art of Storage", which caused sensation.

The idea is simple: consider each object one by one, keep only those who "bring joy" and give them a place at home. At the end of the process, followers find themselves with much less property in their possession.

Almost overnight, Marie Kondo has become a cultural icon. Supporting the nascent Kondo-mania theory, a 2016 study also concluded that much bazaar was bad for the sense of well-being.

"It's the opposite of what people can think," says Joseph Ferrari, a professor of psychology at DePaul University in Chicago and co-author of the study. "They think you need to have more things and that people who live in abundance are happier there.