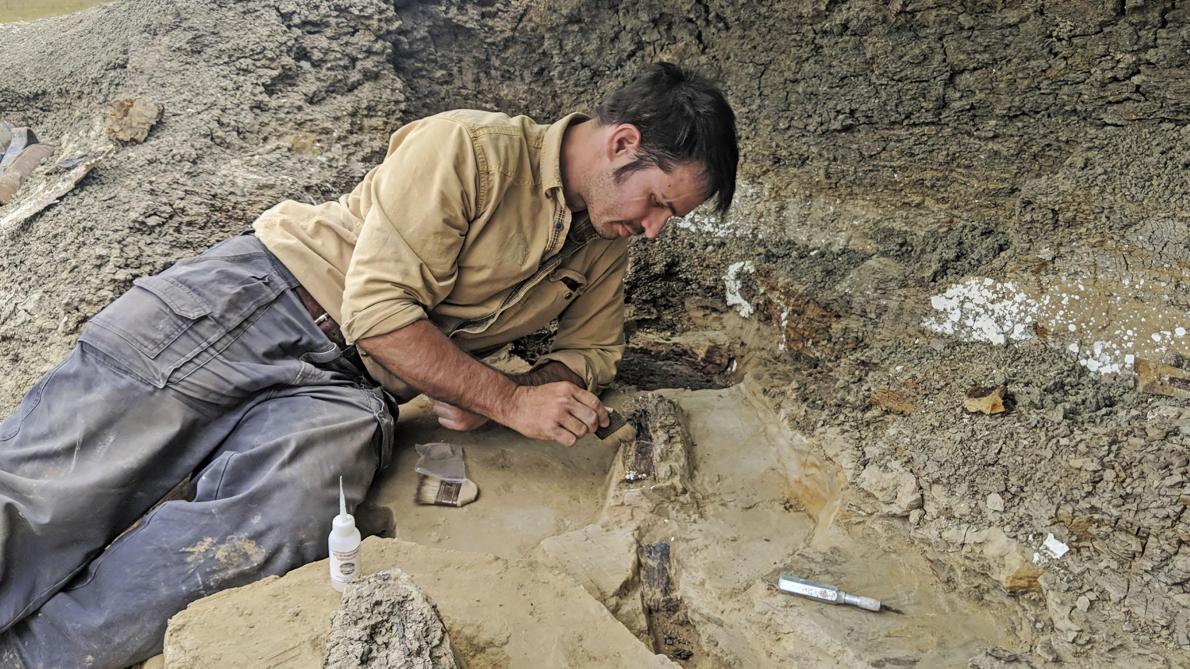 Discoveries that can go back to the time of the dinosaurs and try to explain, in part, their disappearance.

OPaleontologists often speak for thousands and millions of years, but the American Robert DePalma believes he can describe the minutes that followed one of the most important events in Earth's history: the devastating impact of an asteroid 66 million years ago.

"We rarely have the opportunity to refine the timing of an event in geological history at this time, it's very, very rare," Robert DePalma, 37, told AFP on Monday.

The researcher, along with eleven coauthors, published in the Proceedings of the American Academy of Sciences (PNAS), a study that the paleontology world had heard in conferences in recent years, and that experts eagerly looked forward to checking scientific rigor.

In 2012, the 30-year-old began looking for a lost spot called Tanis in a large area known as dinosaur hunters, Hell Creek Formation in North Dakota. Over the years, in a 1m30 thick stratum, it has discovered fossils of whole fish, plants, trees and mollusks, frozen in sediments and nestled in one another with unprecedented density. .

The end of the dinosaurs?

The asteroid reached 3,050 km from the site, on the current Mexican peninsula of Yucatan, in Chicxulub. Scientists have long dated this impact, which no doubt cooled and obscured the planet by ejecting billions and tons of particles into the atmosphere, extinguishing photosynthesis and 75% of terrestrial species – killing dinosaurs and opening space. path for mammals. At the time, an important waterway cut off North America in two.

Researchers believe that the impact of Chicxulub has triggered an earthquake of extraordinary magnitude. The seismic waves would have reached Tanis in thirteen minutes, given the distance… The bumps, as in a bath, swayed the water and caused an immense ten-meter wave in the river at Tanis, swallowing all life under a sediment dumper .

They also calculate that at fifteen minutes, beads – glowing glass beads projected by impact – began to rain on the spot. Scientists found them in the gills of fish and amber trees, and their dating corresponds to the age of impact.

Fossils are extraordinarily preserved in three dimensions, rather than being flattened, according to the researcher, who also teaches at Florida Atlantic University. "Until then, only three or four articulated fish had been found in Hell Creek," said Robert DePalma, who found more than twice as much as new species.

"I can confirm that we have partial remains of a ceratopsian," he is also pleased, promising at least a dozen scientific papers on a triceratops and other specific discoveries.