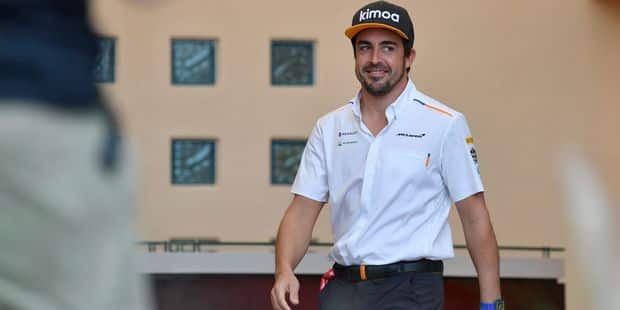 The McLaren driver will take to the track on Tuesday in Bahrain, a hero on Sunday that Lando Norris will have to give up.

His retirement from F1 will not have been long. Less than five months after his last GP in Abu Dhabi, Fernando Alonso will take on McLaren MCL34 on Tuesday and Wednesday in Bahrain.

But while throughout the weekend, the two-time world champion had hammered that his goal was not to race again, but only to evaluate the new car and help the team develop it, Zak Brown announced. this Monday morning that his ambassador will be on May 12 at the start of his Spanish GP. A news that will not surprise in the end not many people.

Seeing the potential displayed by the orange cars at the start of the season, Fernando says he is more motivated than ever.

"I followed the whole weekend to Bahrain and was impressed by the obvious progress of the team and the potential shown by our cars both in qualifying and in the race, where we were clearly the best behind the three big teams. Red Bull would have been win-win because Lando lost a lot of time in the first round, while Carlos's race was ruined by Max Verstappen. "

After scoring his first points and bringing back the best result of a McLaren for a long time, at the same time he saved the honor of Renault, Lando Norris knew that he should give in to Catalonia.

"We tried to convince the FIA ​​to get a third car ready for this occasion" said Zak Brown again. "It's a shame, I think we should be able to line up a third car once a year." It would be a plus for the show, but this apparently raises logistical problems … How could we not deprive Carlos of his national GP, that's why Lando will have to give up his place. "

Fernando Alonso who will benefit from this " a shot " of a new personal engineer, a certain A. Fish, did not hide his intentions:

"If I can get on the podium, I'll be back in the race," he said, "and I'll be back on the podium. GP in 2020. Meanwhile, I hope to win the Indianapolis 500, a second time the 24 Hours of Le Mans, win the Dakar and play my first WRC rally in Catalonia in control of a 4th Yaris. I would still like to play Pikes Peak and at least one race in Formula E. My compatriot Alejandro Agag told me that I was welcome.You just have to find a team "My goal now is to drive and win in all disciplines to become the greatest driver of all time."

Sacred Fernand. It is not yet tomorrow that he will fish …