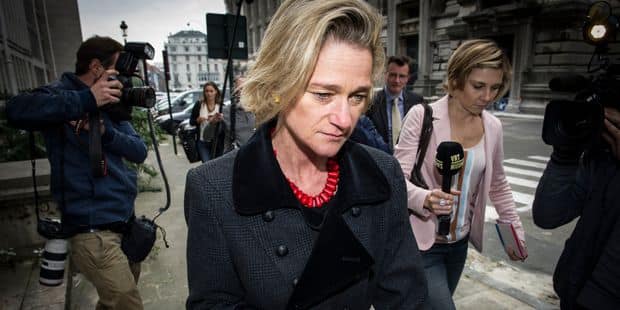 Historical moment in the history of Belgian royalty. And more precisely in the case between Delphine Boel and King Albert II for five years.

The judgment of the Court of Appeal fell on Oct. 25 in the utmost discretion. It was made public on November 5: the Brussels Court of Appeals ordered King Albert II to undergo a DNA test within 3 months.

By this decision, which can not be contested in court by the retired sovereign, the Brussels Court of Appeal established that Jacques Boël is not the biological father or biological Delphine Boël.

According to his lawyer, Marc Uyttendaele, Delphine Boël is "deeply relieved and happy. She is happy that her file has been treated like any citizen's. A search for identity is always a pain. She hopes that her struggle will be able to serve others who are in the same situation but do not dare to appeal to justice. "

He specifies that King Albert II can not appeal against the DNA test. "There is no recourse possible, he has been ordained, he has three months to submit to it, there are two possibilities: either he submits to him and this shows that he is the father, or else exists refuses to submit to and, by justice, this is a clear indication that he is his father. " The refusal would then go through an admission.

The Royal Palace Communication Service, contacted by us, declined to comment on this matter. "This is the private domain"they tell us.

As a reminder (and soon), it all started in 2013, when Delphine Boël introduced an action in repudiation of the paternity of Jacques Boel, who had already undergone a DNA test, in order to make King Albert II recognized as his "realdad.

The court ruled that the petition was unfounded. Mr. Uttendeleele's client appealed. In June 2018, the court declared that it was too early to subject King Albert II to a DNA test and there was no need to subject Jacques Boel to a new DNA test.

Last September, a hearing was held on the possible end of the affiliation between Jacques and Delphine Boël. A decision had to be made by the end of the year. It is done: the trial of the court was released on November 5.

Delphine Boël's approach to recognizing paternity is above all personal.

This is a fight she has been fighting for many years.

Questions emerge in the public square about her status if she were recognized as the biological daughter of King Albert II.

Marc Verdussen, professor of constitutional law at UCL, says that from the constitutional point of view, this will have no impact. Delphine Boel can never claim the throne. " To be a successor, that is, to have the right to ascend the throne, a son of the king should not only be born of a marriage but also of a marriage consented to by the federal government. "he says.

Another issue frequently raised in social networks: the personnel issue. Is she going to be right? The answer is clear and clear: no. "The law of November 27, 2013 is clear: the appropriation belongs only to certain members: the king, the presumed heir to the crown, the king who abdicated and, as a transitional measure, Prince Laurent and Princess Astrid. could therefore claim it. "

Inheritance, however, is possible.