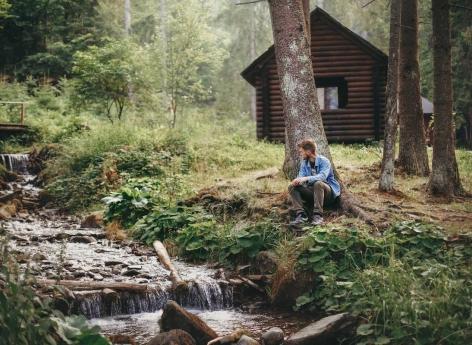 A Japanese tradition called "shinrin yoku," which involves immersing in the forest during a walk, would effectively reduce stress, according to a new study.

Depression, lung or heart disease … Shinrin-yoku (literally the "forest bath") is a practice of spending time in the forest to take care of your health. In Japan, in 2018, more than 50 forestry courses were marked, in combination with medical checkpoints, under the supervision of the University of Chiba and the Nippon Medical School of Tokyo. In 2012 alone, there were up to 5 million visitors practicing forest therapy courses.

Breathe in the air for a long time

Recently, a group of Italian researchers began to get a better idea of ​​the effect of Shinrin-yoku on stress levels. They published their results in the International Journal of Biometeorology.

Scientists defined shinrin yoku as "staying in a forest, walking or sitting, but breathing in the air for a long time." They then focused on cortisol, a steroid hormone that increases production during stress and is easily measured in saliva samples.

After a meta-analysis of 22 preexisting studies, the team found that cortisol levels were lower in people who regularly immerse themselves in the forest, especially before they went into the wild. "Shinrin-yoku is considered an anti-stress practice, and planning for a walk in the forest seems to have a positive influence on cortisol levels before it even interacts physically with this environment. explain the researchers.

Often underestimated, stress is at the root of many pathologies. One in four employees today too stressed at work to the point of being put in danger. "We can make an analogy with hypertension: everyone has blood pressure, the problem is when you have too much," he says. New Obs Dr. Patrick Légeron, psychiatrist at Sainte-Anne Hospital in Paris. The private sphere is not spared by the phenomenon, as recently demonstrated the facebook post of a mother completely exhausted, becomes viral on the web.