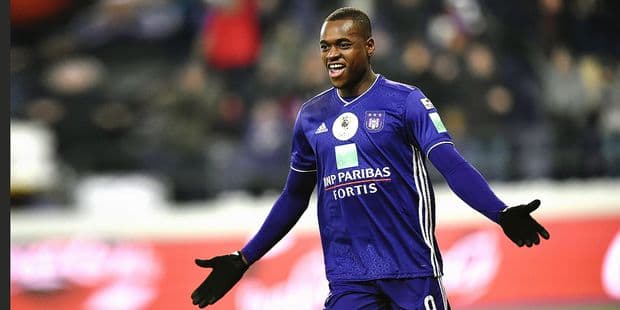 Landry Dimata is out of his box in the columns of Sport / Foot Magazine to uncover how agents work in Belgium.

The standard: "Standard management had announced that it would give young people a chance, players told me that you had to sign with a specific agent to get your chance, you saw young people who were two years younger than you, who signed with the person and two days later on the first team, this is the first time I say to myself: there are a lot of dirty things in football. "

Anderlecht: "I came to Anderlecht with the promise that I would have the same contract as in Wolfsburg, but that is not the case." It's Didier Frenay
who made that promise. And they mask me everything, the extension of the contract, all the details. I asked for money, of course, when I heard what he had touched on our backs. He kicked in touch. "

Methods of the agent: "They are ready to do anything to have the confidence of the player.Â Some will use cars, money, even women.Â They will use certain things to put him at ease.Â What interests him however is to play, but you can quickly give them their confidence.They do not do this in a conscious way, except that they get lost a bit in this world, like children.You stay completely under the influence of some.