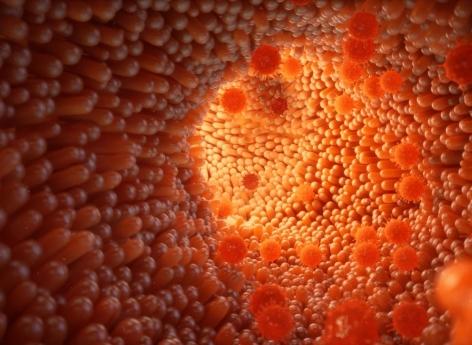 Colorectal cancer affects about 40,000 people each year in France. It can be cured in 9 of 10 cases if it is detected early. The discovery of international researchers could facilitate and improve screening: they find that the intestinal microbiota is a potential indicator of colorectal cancer.

The study, the results of which appeared in the journal Nature Medicine, brought together 969 participants from Canada, China, France, Germany, Japan and the United States. The researchers analyzed the bacteriological composition of their feces.

Its first observation is the presence in large quantities of bacteria of the species Fusobacterium nucleatum in people with colorectal cancer compared to healthy people. This family of bacteria is usually present in the mouth, but according to researchers, it is common to find oral bacteria in the intestines of sick people, this can be one of the causes of inflammation. The research team also noted that people with colorectal cancer had the trimetylamine gene, the detectable microbial enzyme, in their feces. According to them, this finding reinforces the hypothesis that a diet rich in fat will be carcinogenic, because choline is abundant in this type of diet.

In total, the team of scientists analyzed 16 families of bacteria with results comparable to tests that examine the entire microbiota. "This is an important step in developing a simple diagnostic tool," says Andrew Maltez Thomas, Ph.D., of the University of São Paulo, "which saves us from sequencing the entire microbiota."

However, these results should not be interpreted as evidence of a causal link between certain bacteria and colorectal cancer. Researchers insist that it is only a correlation, which raises other questions. "It is about whether a specific bacterium can cause cancer," explains João Carlos Setubal, co-author of the study. Ou if the cancer creates an environment that promotes the development of some bacteria instead of others. We do not have an answer yet. "

Their findings could already make it possible to develop a new screening test, which is less invasive than colonoscopy.