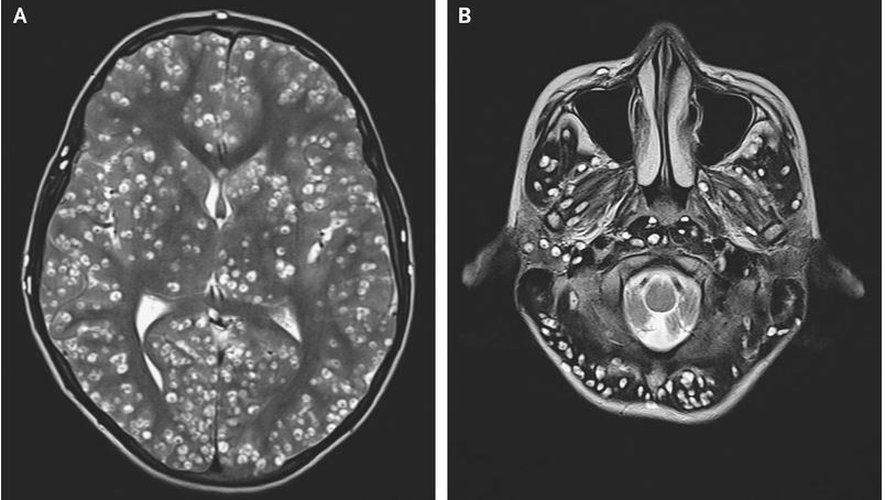 When his parents took him to the emergency room, the young man complained of epileptic seizures, swollen eyes, pain in his right groin, and was in a state of great confusion.

An MRI brain has revealed dozens of tiny cysts in its cerebral cortex. Each of the white patches is a cyst created by the larvae of pork tapeworm. After giving it an ultrasound, doctors also found cysts in the right eye and right testicle of the patient, explains the New England Journal of Medicine.

Better known as the "tapeworm", tapeworm is a parasite that can survive in the body for several decades. It develops in the small intestine after eating undercooked foods. In humans, infestation is almost always due to ingestion of undercooked pork. In case of contamination, a vermifuge is prescribed by the doctor and the worm will be killed and eliminated by feces.

But in much rarer cases, the larvae can locate in the eye or the central nervous system, causing a neurocysticercosis, which is often fatal.