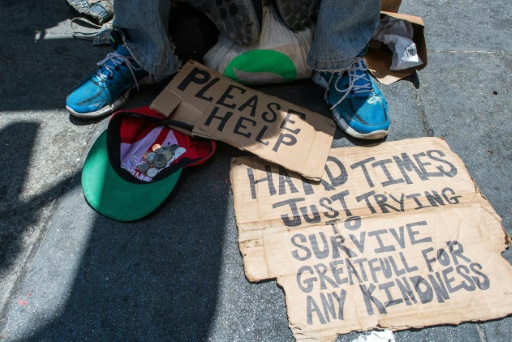 The people of San Francisco in the United States voted overwhelmingly on Tuesday for a tax on large corporations in the city to help their thousands of homeless, according to official results Wednesday, a tax that heavily divides some employers in the region. "tech".

The measure, dubbed "Prop C," and approved by 60% of the city's voters, is expected to report $ 250-300 million, according to its promoters, to fund aid to the homeless, an endemic problem in this city of nearly 900,000 . , which includes Twitter, Uber, Airbnb, the cloud group Salesforce IT and the payment startups Stripe and Square.

This sparked a bitter row on Twitter and interviews between Salesforce chief Marc Benioff, a big fan of the tax, and Jack Dorsey of Twitter, also president of Square, as opposed to the new tax, as well as Patrick Collison. , leader of Stripe.

This vote "means that the homeless will have a roof and the help they need!", Welcomed Marc Benioff on Twitter on Wednesday.

Technology companies, which pay very high salaries to their employees, are widely held responsible for the erratic rise in property prices and the cost of living in San Francisco in recent years.

The city's mayor, London Breed, who proposes his own plan to fight poverty, has indicated his opposition to this measure.

In addition to San Francisco, this is your entire region, especially the Silicon Valley, located about 80 km further south and home to Facebook, Apple, Google, etc. which faces the explosion of real estate prices and the housing crisis.

The technology boom has also led to a significant increase in traffic congestion south and east of San Francisco.

In California, as in other states, a proposed measure that has collected enough citizens' signatures can be voted on by voters on voting days, such as Tuesday, mid-term election day.