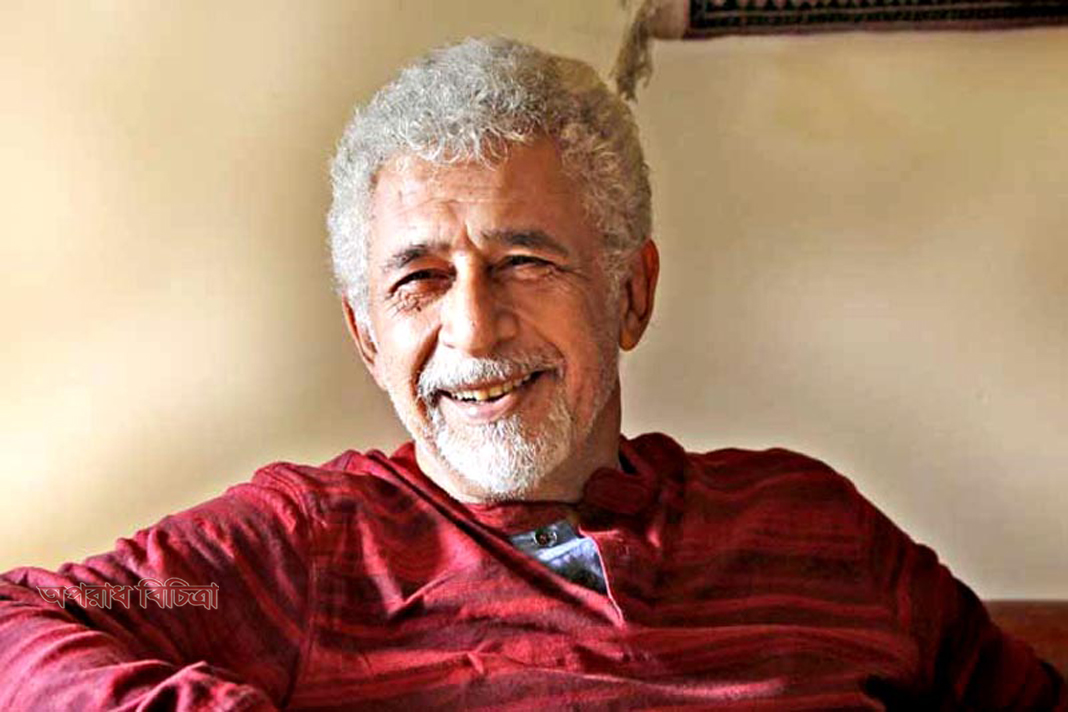 "House of Power" Bollywood Nasiruddin Shah said that the place to give an opinion on the silly is social media. Nasiruddin Shah kept his feet in Calcutta for Shaheb Mitra's "Deity Gras" shot.

The screenplay for the film, directed by Jerome Lawrence and Robert E. Leah, is based on the play "Inherit the Wind." In this photo, the pair of Soumitra Chattopadhyay will be seen with Nasiruddin Shah. Photographing began in Calcutta recently. He told an Indian media interview, Anandabazar. He said this when asked about the question of his exceptional role in discussing and discussing this in social media. To answer the question, he said: "Why do social media people know? To see your name on a screen. Theatris the emotion I also dreamed of being an actor and dreaming about my name on the screen. But those who have no job, social media also gave them that opportunity. It is your job to be abusive, hateful and obscene to people. Even getting money for it! The place to give the opinion of fools is social media … "After all, he said again:" But how much do you hate to say so much to people? "That meant they were stored inside the mind. (Narendra Modi) Say all these things, panic, but he has a PMO, he can not break the limits, but these people have no limits. go to Pakistan on the Facebook account! "In the context of the two lawyers' front-run lawsuit, Deva Gras will be released in the film, Soumitra-Nasir interprets these two lawyers. In addition to these two legendary actors, Shree Chattopadhyay, Anasua Majumdar, Parthapratim Majumdar, Shuvrajit Dutta and Amrita Chattopadhyay will be seen from the In the role of a Delhi journalist in Kaushik Sen Tejendra's film Narayan Majumder is responsible for the musical management of the film. A part of the court drama will be filmed in Indore. The rest of the shooting will be in Birbhum, Bankura and Purulia. For the physical condition of Soumitra Chattopadhyay, it was not very far in the open air. The 1950s of this drama gave the size of the script, as directed by the director. Director Shaival Mitra told the Indian Express: "We did the script in the context of India today. The entire social-political environment is very weak now." He also said: "Nasir ji agreed to read the script." In addition, both inputs are very important in the script of Nasir G. and Soumitra da. "