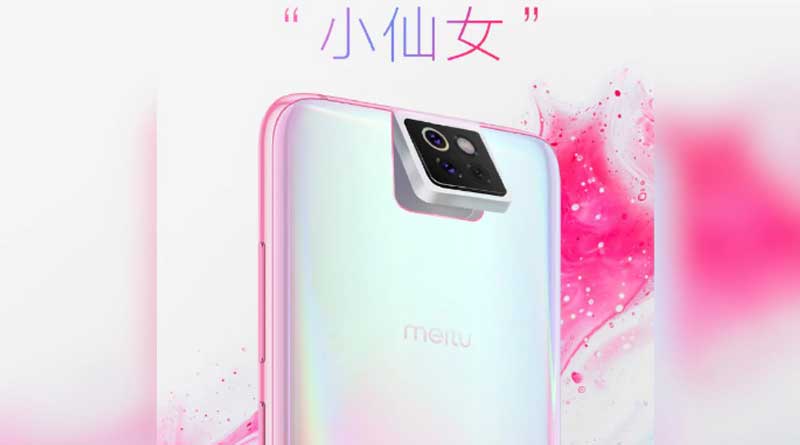 Daily Digital News: See the photo well Do you see the camera on your phone? Shawmy will bring interesting flip cameras The news was already told a week ago. Now publicly model. It is known that this new smartphone of the series Mi CC9 is the USP-and is its great camera. The new handset opens in China on Friday.

This is the first time that Xiaomi and Meitu are connected in the telephone market. But not one, both the MiC9 and MiC99e smartphones are coming to the public. It has been reported that the cell phone was originally made in the mind of the Selfi Preity of the young generation. Buyers will be attracted to their great cameras. There is a pink shade in the color of the device. The company you want to attract more than the buyers And the rear camera? He turned slightly above the back of the smartphone. Note that Vivo has put a pop-up camera on the market. In selfie mode, the camera exits the camera head. Now Shoomi wants to increase the interest of the buyers, instead of the look of the camera. Note that the Asus 6Z and Flip cameras are also there. But when the two models of the Indian market are coming, it is still unknown.

Let's take a look at the features of the model. The Mi CC9 model runs on the Qualcomm Snapdragon 710 processor. However, the Mi CC9e model is on the Snapdragon 730 processor. My 48 megapixel CC9 is connected. It also has an Ultra-Wie angle and a telephoto camera. The fingerprint sensor is also there. Along with the camera, its other interesting feature is its powerful battery. The 4000 mAh battery model features fast charging technology. On the other hand, the model Mi CC9e has a camera with 32 MP. Both models have 6 GB of RAM. The first memory is 128 GB and the second is 64 GB. The price of Mi CC9e is approximately 16,000 rupees in Indian currency. The Mi CC9 model will be available in exchange for an estimated 25,000 rupees. The 8GB model of the Mi CC9 series costs Tk 28,100.