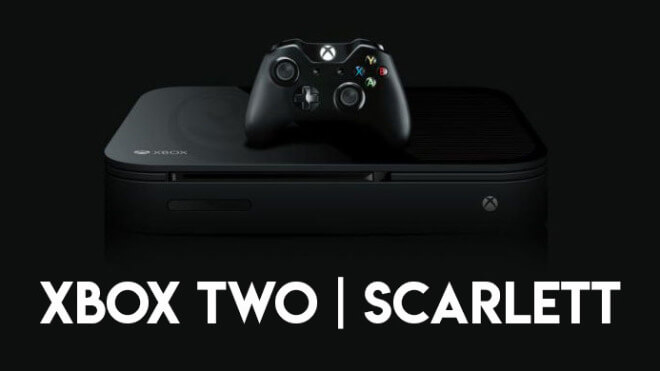 Currently, Microsoft's Xbox One X is the most powerful console on the market. There are rumors that the Redmonders will again be able to stand up against Sony's competition with the next Xbox Two Scarlett and secure the top position.


A few days ago, the electronics manufacturer Sony released the first official details about the new PlayStation 5 (PS5). The next generation console, expected to be available in 2020, is expected to have extremely fast SSD, 8K resolution and AMD Zen 2 processors, as well as AMD graphics cards.

The hardware details of the PS5 (so far) were exactly what we expected; even beyond what many expected.

Multiple insiders have already confirmed that it is true that the Xbox "Anaconda" wants to be more advanced as it was said.

Incredible for fans of both. pic.twitter.com/ro9QeO8DtV

But Microsoft also wants to be able to keep up. On Twitter, journalist Ainsley Bowden announced that he had received information from several internal members. So the next generation of Xbox consoles is even more advanced than the PlayStation 5. In addition to higher performance, the Xbox Scarlett should also have more features. Insiders are considered "known sources" who have been responsible for very specific leaks for years. However, what exactly this means remains largely uncertain.

So far, no concrete details have been revealed, which is why the Xbox Scarlett could represent the most advanced generation of consoles. On this page you can find all the previous information and rumors about the next Microsoft console.

The Xbox Two Scarlett is said to consist of several models. Microsoft may issue code-named editions "Anaconda" and "Lockhart" in June at the E3 Games Fair. On what date the console should actually appear, is not yet known.