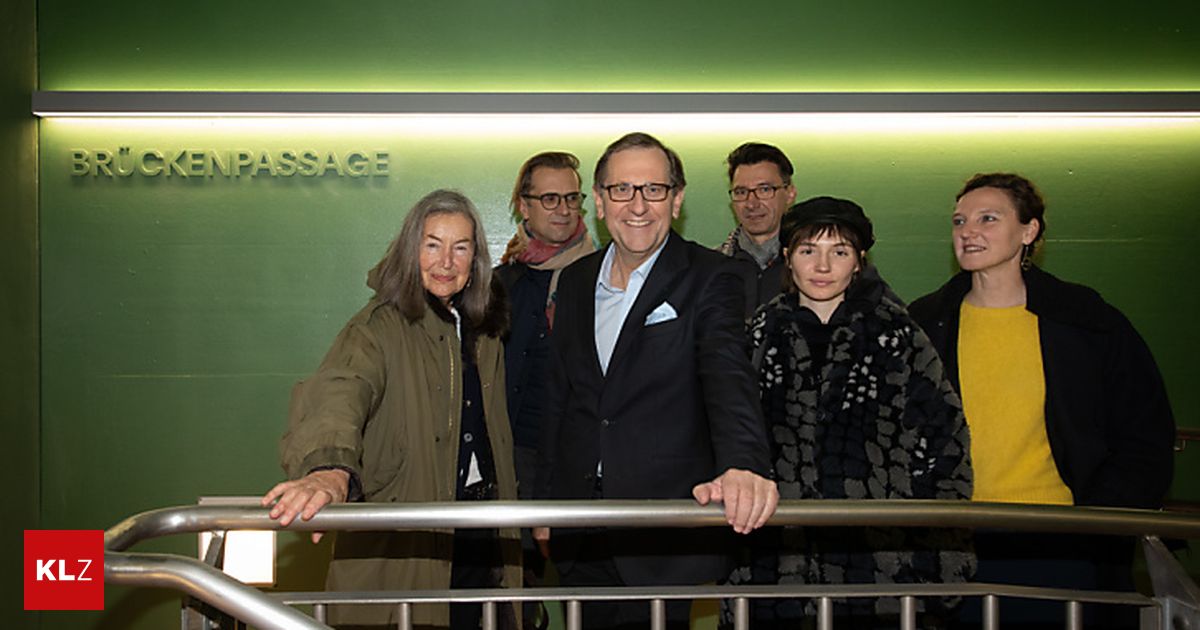 The Vienna Museumsquartier (MQ) attracts two more tickets converted into micromuseuses: from now on, the newly designed "Brückenpassage" and "Sternenpassage" will be touched by the change of artists. The now eight micromuseus should contribute to the opening of the area and also show the major museums "great art," said MQ director Christian Strasser on Monday.

The concept developed by Vitus Weh of the smaller art spaces in the extensive and complex area transitions in the new Vienna building should also give spaces of art forms that are somewhat under-represented in other museum operations. He sees MQ not only as a "museum place, but also as a park," in which sound art, comics, street art or photography should also have their place, Weh told a press conference on Wednesday. from November). ) opening of the two new parts of the artistic "course".

Coming from the Mariahilfer Straße in the main courtyard of the MQ is worth a look at the designed by the artist Sabine Jelinek "Sternenpassage" a look up: In the vaulted ceiling of the baroque passage is created in the baroque diagram of the philosopher René Descartes (1596-1650) in that he once wrote his thoughts on explaining the curved path of a comet. The construction of figuratively realized ideas gives the "micromuseum for phenomena of light" a kind of structure. These are linked by various lights, far from anything distant in space, "can make a nightclub," Weh said.

Three times a year, changing artists will also make four illuminated showcases on one side wall. It begins with Elie Semotan, who separates a fragmentary ballerina – parts of a 1998 photographic work – a scene from the moon. In cooperation with the Museum of Natural History (NHM) in Vienna, they will continue the set "Space Art," he said. NHM director Christian Köberl has selected images of constellations, planets or clusters of galaxies to which the artists will refer.

The "Bridge Passage" – a double-decker connection between the Burggasse and the rear of the MQ seen from the Ringstrasse – now shines in the color Resedagrün, after an idea by the artist Hans Schabus. This color tone, predominantly present on bridges or railings in Vienna, is meant to unite the world of traffic and create a "unification of space" dominated by stairs, a small bridge and an elevator. On the MQ side, they also wanted to "establish a narrow space as a display space," Schabus said. The prelude to the showroom called "Pfeiler" is an abstract work by Antonia Rippel-Stefanska. Twice a year, more graduates from the "Sculpture and Space" department of the University of Applied Arts in Vienna will present papers there.

With the now eight micromusks still not at the end of this internal MQ extension, Strasser said: The next step is to establish a naturally open all the time and with free admission "performance passing."