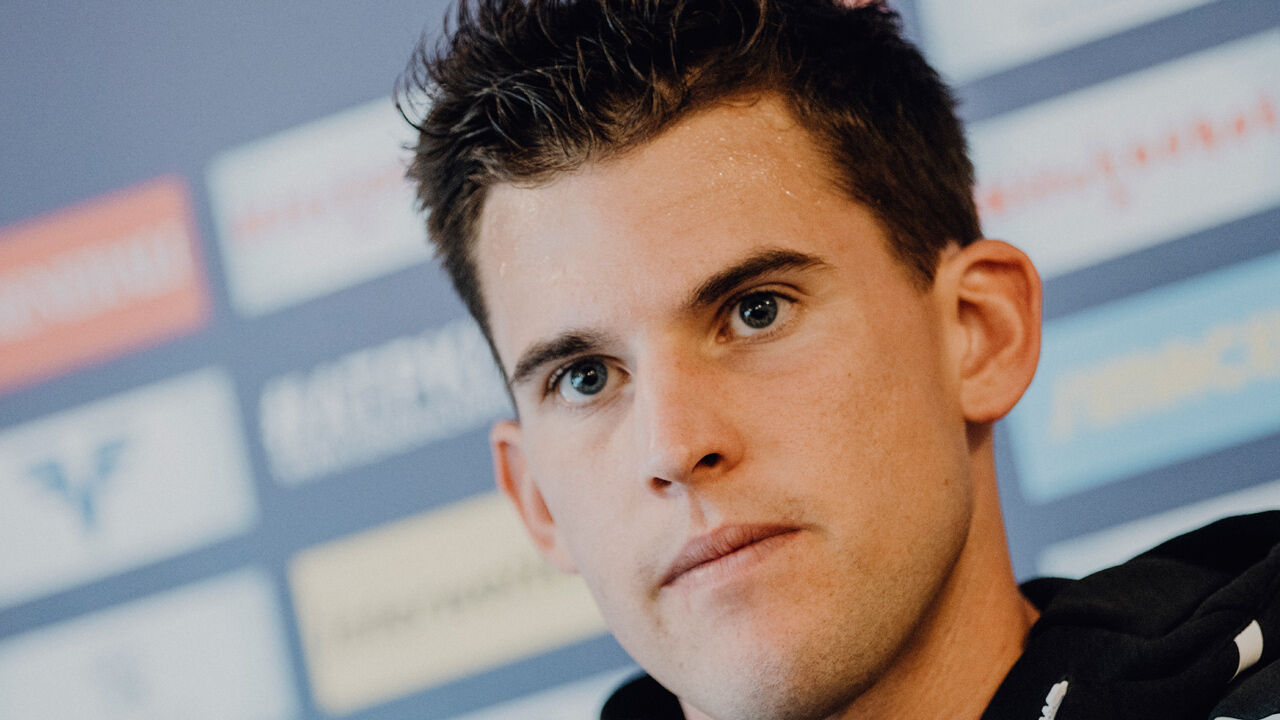 Is there a crisis between Dominic Thiem and coach Günter Bresnik? And if so, how strong?

For a few months already in public because of some fluctuation of performance again and again times about a possible end to the long-standing cooperation between the Austrian tennis ace and his success speculated coach.

The victory of the Thiem tournament at the Indian Wells ATP-1000 tournament fueled further discussion of a potential (social) media crisis.

After all, it was not Bresnik in California, but Nicolas Massu, the 25-year-old new lighting technician.

At a press conference at the Generali Open Kitzbühel in Südstadt – where Bresnik was missing – Thiem, who has been under Bresnik's wings since childhood, took his first position on the rumors.

"So far, everything has gone," Thiem said of past misunderstandings that can not be dismissed with such long-lasting relationships.

"16 years is a lot, a lot of time, there are ups and downs, during that time, we spend more time together than with my parents and he probably spent some time with his children, it's like a wedding, there were good times and bad times."

"Now it's good that Massu is expanding the team. Everything else we will see," says the fifth-place world ranking surprisingly open to rumors.

Praise for the neo-coach Massu

Cooperation with the Chilean has so far been excellent. "Massu is a very nice guy who has a very positive charisma. He is very involved in the games and it has a positive impact on me," said Thiem, who managed to celebrate his career's biggest success in the second joint tournament.

"Indian Wells was a great week for me from the bottom I reached the top.This is the first big title for me.It may even be a bit bigger than the final of Paris last year.Indian Wells is almost a fifth grand slam.No one can take that win from me, "emphasizes the light observer the high status of the twelfth ATP title of his career.

Consequently, it was also clear the extension of the contract with Massu, with Thiem agreeing in Miami only with an experimental cooperation.

"The collaboration with Nicolas Massu will continue until the end of the year, in which tournaments is still open," says Thiem, who will continue to rely on fitness trainer Massu Duglas Cordero.

"I got him on the boat now, Duglas is actually from Cuba, but he lives in Miami, he's going to be around 15-20 weeks a year," Thiem explains. So nothing will change in the cooperation with the physiotherapist Alex Stober. "Alex stays with him, he's Physio, Duglas is getting physically fit."

Just a week and a half ago, Massu himself told how Cordero and Stober complement each other in working with Thiem.

"After Rio, I was not physically fit because I lost a lot of practice because of the infection. In Indian Wells and Miami I worked with Duglas and he brought me physically back to a higher level," explains Thiem to Cordero's strengths, who has taken care of Massu as an active player and, among other things, has worked with Fabio Fognini.

Collaboration with Massu similar to White

The work with Massu can be compared to the feeling of White Rooster. Last year's Spaniard was Thiem's ​​tour coach, but due to his involvement in organizing the newly created Davis Cup tournament, he had to end his relationship with Thiem.

"It was all a coincidence," Thiem said of Bresnik's collaboration with Massu, who arrived in Salzburg in February as Davis Cup captain in Chile and was later introduced as the new Thiem coach.

"We've done well from the start and Indian Wells was the absolute highlight, of course.There are a few things I like about him, like the emotions in the place.Another advantage is that he still played against some opponents, against whom I will play for more some years ".

Even before Massu, Massu highlighted the importance of his protege's tactical attitude before a match. "We analyzed all of their weapons and decided when to use them more efficiently," said the Chilean, who feels "a very close connection to Dominic's game."

It will be interesting to see how the next few weeks develop. In any case, the start of cooperation with Massu was more than promising.

In two weeks Thiem begins in the traditional tournament in Monte Carlo on his beloved clay court. Expectations are probably not just in the public as high as ever before.

25 years ago: Rapid was bankrupt after the IPO

To the top» More about this subject COMMENT_COUNT comments

User comments do not necessarily reflect the opinion of the LAOLA1 editors. Reservations LAOLA1
to exclude comments without giving any reason, especially if these are civil or criminal law standards
violate morality or contradict the reputation of LAOLA1. We refer to
in this context, in particular, our terms of use. The user can not synonymous in such cases
Affirm claims. In addition, Sportradar Media Services GmbH reserves the right to claim damages
criminal offenses and relevant facts.