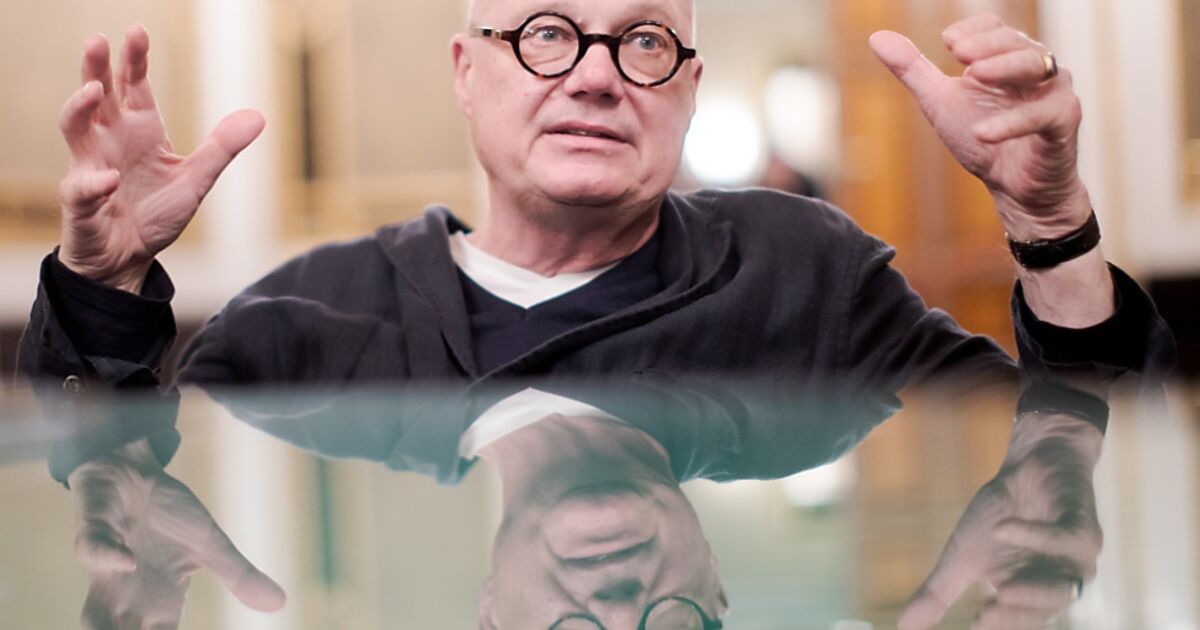 A look focused on the murderous soul of a murderer – this will be "Orest" by Manfred Trojahn in the interpretation of veteran of State Marco Arturo Marelli. For the premiere of Antikenmetapher, the theater designer chose on Sunday night the radically reduced perspective of a chamber piece in the ventricle of madness – which was eventually hailed by the audience at the Haus am Ring.

Marelli places the 69-year-old composer's opera, first performed in 2013, in a steep space of haze and light, in an abstract soul labyrinth of the unconscious. Freud hides behind every door here, even if only the dead mother or God Apollo usually goes out. The cliffs of a door-to-door game, like Marelli – as always in personal union and with his own set designer and master of lights – do not always circumnavigate. At times, it neutralizes its austere, minimalist concept, but in the long run, coherent.

Trojahn, who for the first time also worked as his own librettist in the Orest, focuses on the ancient fabric of matricide, which ultimately lies at the intersection of matriarchy and patriarchy, entirely from the individual perspective of someone tormented by the shadows of your fault. However, the composer did not conceive of any music of extroverted excitement, but a theatrical accompaniment, which stands at the service of narration, wild lyrical passages, dissonant juxtaposed Crescendi, what Michael Boder knows on the podium of the State Opera Orchestra knows how to balance. The fact that this pondering lasts is not due to a strong text, which contains precious things like the definition of beauty Helena: "She has never known, she is only known as a mirror image."

In general, with all the focus on Orest, the female protagonists have their space. In the end, even women are the most exciting characters in this work. Evelyn Herlitzius shines with her in various ways madness of the Elektra Fury and taken to the border areas of the depths, Mezzo dramatic. Meanwhile, Laura Aikin convinces as Helena in Monroe's mix with her still-new soprano.

And finally, Audrey Luna – still remembered in the State Opera as Air Spirit Ariel in the acclaimed 2015 production of Thomas Ades "The Tempest" – with her soprano colored arrow soprano to Hermione in the end the only human figure of the work, tolerates her the conflict of ideologies and rachelogics could emerge. When Thomas Johannes Mayer is the least quarrelsome who has ever destroyed Orestes, there are doubts. Is it really possible to exit the system? This question hangs at the end of this process of emancipation, the attempt to liberate the demons themselves in space. An answer needs to be found by all viewers.