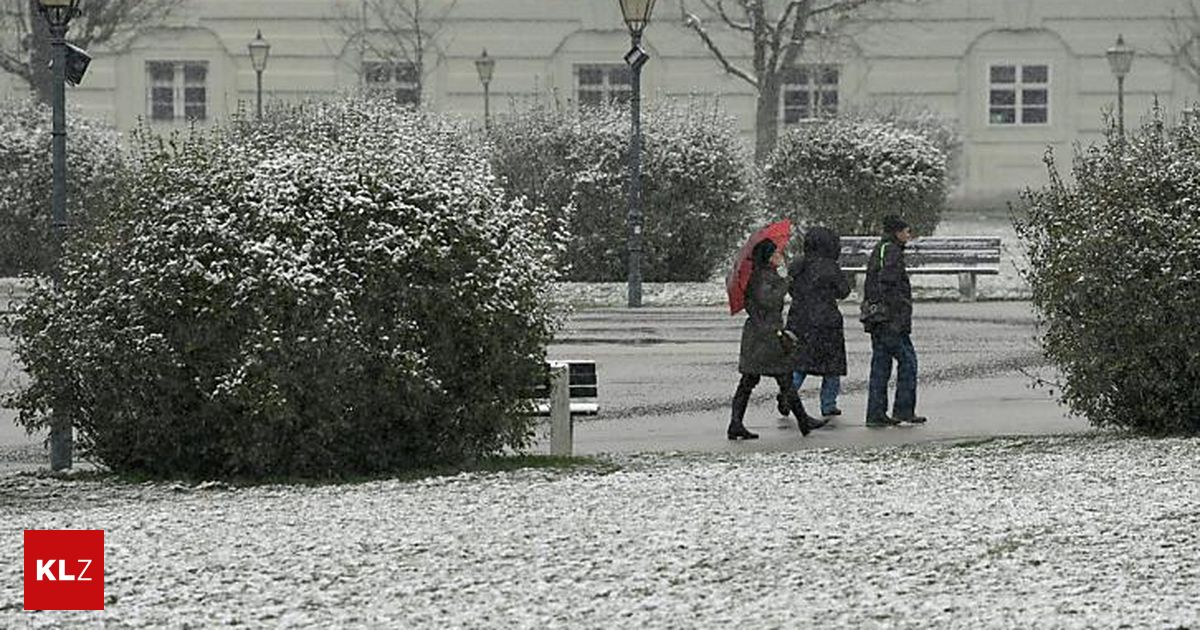 The snow in the second half of November in eastern Austria is normal in itself. On Monday, a thin white blanket lay over Vienna. In 2017, five inches of fresh snow were measured in the capital on November 30. However, the "early winter" this year was preceded by exceptionally hot temperatures, a climatologist at ZAMG said.

Earlier in the week, snow was in many regions of the country, more than one to five inches seldom joined. According to the provincial government of Lower Austria, in the industrial district and Mostviertel, it was up to four centimeters, in the Waldviertel up to five and in the Weinviertel up to seven centimeters. By comparison, in 1971, 25 inches of fresh snow were measured at the Hohe Warte in Vienna in the second half of November.

"The snowfall between November 20 and 30 occurs in Vienna every three to five years," said Alexander Orlik of the Central Institute for Meteorology and Geodynamics (ZAMG). Therefore, the Viennese lines are prepared accordingly: "We have been prepared for possible snowstorms since November 1, today there are no obstacles related to snow," an APA spokeswoman said.

On the roads of Lower Austria, wet and salt-filled roads prevailed on Monday mornings. At higher altitudes, dispersed roads were expected. From Burgenland, no hurdle was reported so far, as revealed a lawsuit at the national security center.

With more snow – in inhabited areas of up to ten centimeters, in higher mountains, up to 20 – you have to wait on Tuesday. Beginning in Carinthia, a "powerful rainfall event", as described by a ZAMG spokesman, moves to Styria and then finds parts of Burgenland and Lower Austria (such as Bucklige Welt). But soon the soft air flows from the east, with snow on the lowlands ending Wednesday. The rest of the week is expected to be thawing, as well as being frothy on Friday and Saturday to the west, UBIMET's weather service sums it all up.