"My comments were catastrophic": Straches quit PK in the text 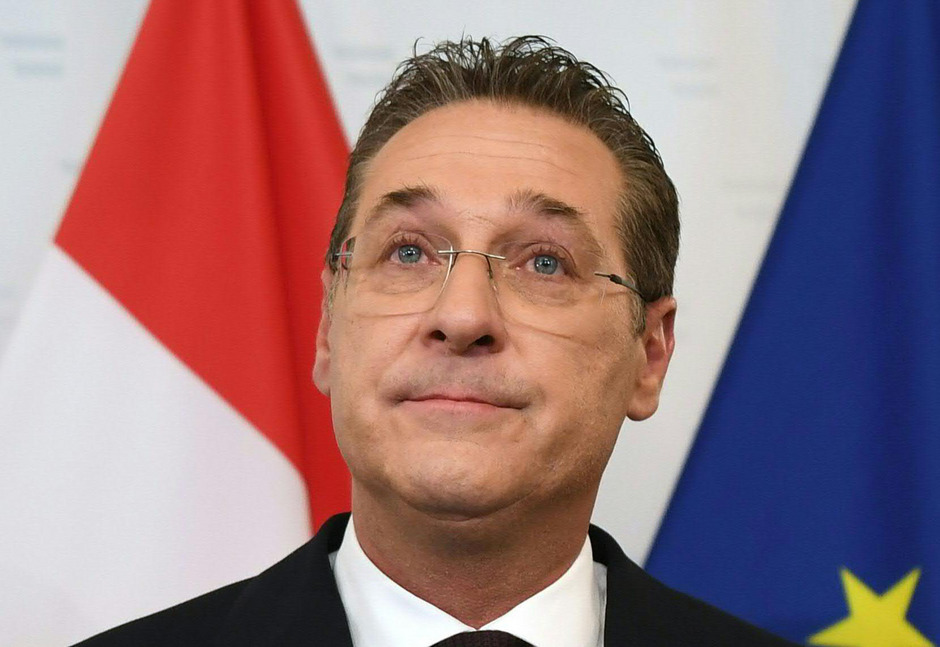 Vienna – The speech of resignation of Heinz-Christian Strache in the complete text:

The rumor has been in the air for some time that dirty campaigns of foreign influence or actions controlled by secret services must be feared. In the past, people have often tried to knock me over, for example, through rumors of deliberately controlled fake drugs, through attempts to push me into the right corner and discredit them at different levels.

I have had many slanders and slander, but also malignity for the last three years. But what was staged here two years ago has a new dimension. Here in the Silberstein style was launched a bucket of land and a campaign of Disinformation, which can not be surpassed in perfidy and also in baseness.

Particularly bad was the pretext under which the two apparently commissioned decoys approached Johann Gudenus. Because soon after the death of his father, where he was struck emotionally, they pretended to be interested in a family owned hunting area. The supposedly Latvian EU citizen said she wanted to move to Vienna with her daughter and move to Austria and want to gain a position in Austria and also wants to invest here.

"Excerpts from the ripped general context"

It was his concern – after apparently having had a friendship for months with Johann Gudenus, a confidential level assured – with his well-known German some time later to meet with me. A private conversation in this respect occurred two years ago, that is, in 2017, the summer of Ibiza, in the presence of his German friend, who invited us to a dinner on a well-kept finca.

Using illegal means and methods involving the misuse of video devices and interception, an attempt was made to direct Gudenus and myself to criminal offenses or to induce statements that could be criminally critical or that deliberately damaged us with selected passages from the general context should.

The lady I once met at private dinner said on my vacation, so I never had contact with her again and never saw her again. No donations were made to the party or charitable associations of the mentioned names. And no one else at the party had any contact with this lady and that German lady friend. That is, it was a private meeting in which only the two of us had this contact.

And I have emphasized this repeatedly and clearly, and there have been and there are no illegal and illegal acts or actions in this regard. And so, of course, I ask for the release of all illegally produced video material, which will eventually prove, and not just the selected excerpts, which also happened exactly there.

"It was an open story"

In a private conversation of seven hours during my vacation, I became, yes, taking advantage of the increase in alcoholism, and yes, it was a G & # 39; schichte and I was tempted in an intimate atmosphere, even unreflective and with a relaxed language about everything and all controversial. And yes, my comments were supernaturally catastrophic and extremely embarrassing.

I will not apologize to anyone who has discredited me. And with my reckless statements also offended and insulted, even the current Federal Chancellor, in which I also did not uncheck, yes, dirty rumors also discussed and spread. It was a typically masculine alcoholic stance with which I probably wanted to impress the attractive hostess and behaved proudly as a teenager and acted embarrassingly exaggerated as well.

And that's how I finally hurt the most important person in my life, my wife. And dear Philippa, I know you're watching now. And I can understand that you're hurt and disappointed and I hope you can forgive me because I'm really sorry. And I sincerely want to apologize to you.

However, it also seems important to emphasize that these secret video and audio recordings have repeatedly violated and violated criminal law regulations. In the same way, he was offended against the code of ethics of the press and with due diligence journalistic and professional ethics. The only criminal offense that exists is this secret trap staged with illegal records, where you waited two years to light them in succession. And yes, that was a targeted political assassination. A commissioned job. And whoever believed that Silberstein had reached the lowest level would learn a lesson. And I really wonder what these groups and networks are capable of doing with their criminal energy.

I know very well that I have never offered or done anything illegal, so I will take all legal measures, both with the media law and with criminal charges. And we also have some clues about possible accomplices. And refute the claims against me with all means at my disposal and at the same time convince those who have acted with truly criminal machinations against me. And I wonder who these networks are and what role Mr Böhmermann plays in that context.

However, I say to myself today, but also to you: yes, it was stupid, it was irresponsible and it was a mistake. And I have been President of the Freedom Party for 14 years and since then, together with my colleagues and colleagues in all the national FPÖ groups, through a consistent and sustainable work have led to a greatness that all of us … at eye level implement our political content with the coalition partner. And for those who are a thorn in the side of this successful government job, I do not want in any way to give any excuse to use my misconduct as a reason to overthrow this government.

Because free participation in government means that in the first year and five months, where we are responsible, we ensure and secure more security, more money for retirees and for the working population and for families. A tax reform, no more debts in our country the fellow citizens. A strict and consistent asylum system, but even if there is something on the issue of integration, which must be corrected in a positive sense, have ensured the right decisions. Prohibition of headscarf in kindergartens and primary schools. Also fight against, I say extremism in general, but also political Islamism and anti-Semitism in our society. It is a European policy based on Austrian interests.

And yes, there is still much to do. Because we want to implement the government program, yes, and we defend this governmental program in our responsibility experienced by Austria and its people. And my person should not be the reason to make this impossible, and perhaps to provide an excuse to blow up this government, because that was the purpose of this jointly-made, illegally-created looting action that happened here.

And so, today, at 11 am, I had a talk with Federal Chancellor Sebastian Kurz, where I offered my resignation as Vice Chancellor of the Republic of Austria and he will accept that decision. And I do this in my responsibility for this project. I do this in my responsibility, another evil before all my family, because this is the most important thing in life, and also to avoid my party and the office.

And ladies and gentlemen, yes, besides, I will guarantee on Sunday, in the presidency of the federal party, that my transfer as leader of the party and my observer function also cover. As a result, I will also call other state committees and take appropriate action. And from now on, my deputy Norbert Hofer will take the lead in party affairs.

And especially in this difficult time, I ask the many citizens for understanding, who strengthened me yesterday in numerous phone calls, post offices, postings and gave me support. I say thank you and wish you a good day. "