Innsbruck – The situation is currently tense along the Tyrolean rivers and streams. Large amounts of melted water and local storms over the long weekend massively increased levels. At the Inn near Innsbruck, a water level of 5.91 meters was measured at the end of Tuesday night. In Kranebitten, west of the provincial capital, the river overflowed in some places. A bicycle lane had to be closed as a precaution.

For major problems drove the masses of water in the lowlands. In the district of Münster, Habach, a field near the railway line was flooded, the firemen were with busy hands. The forces pumped the water and tried to use a "balloon" to prevent further infiltration of water into the settlement.

From the afternoon, more and more task forces had to move. In Innsbruck, for example, water entered an underground parking lot. There were also floods in Kramsach, Rattenberg and Reith im Alpbachtal. In Zirl, local residents demanded, at 4 pm, sandbags of precaution in the fire department, because they feared that the Inn would overflow from the banks. "We are watching the situation very closely at the moment. Everywhere in the Tyrol, the forces are ready for an emergency," says late in the afternoon from the national emergency call center. 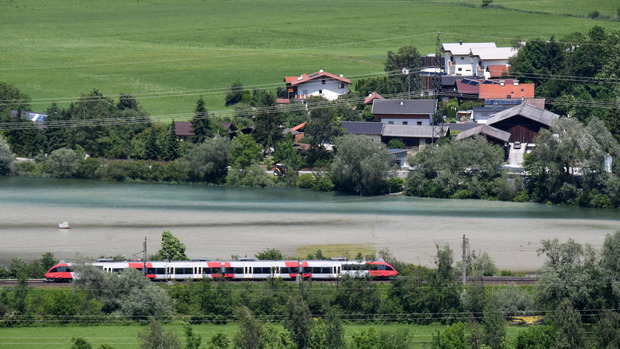 A flooded field in Münster kept the firemen busy.

Josef Pfister, of the Hydrographic Service of the country, calls the situation "very tense". Throughout the lodge, we have consistently high water levels. "The" general high temperature "of the last few days, the snow that is still present in the mountains in bulk, melts, explains the specialist." Heavy rains that have fallen in the tributary area to the Pousada contributed to his. for things, "Pfister said yesterday." A reservation service has been established. "Because:" We have to look very carefully. The factor of uncertainty we have is where and how intense storms occur. "Criticizing, if the Pousada exceeds the level of a 30-year flood (HW30), warns the hydrologist. For example, in Telfs this limit is five, in Innsbruck just over six meters.

Also on Wednesday the situation remains critical. Weather in Tirol will relax a bit on Thursday, says Alfred Neururer of the Central Institute for Meteorology and Geodynamics (ZAMG) in Innsbruck. "Then there is a supply of hot air at altitude, which stabilizes the situation," says the meteorologist. Sometimes there may still be storms in the country, but Neururer: "We are not able to predict each event accurately." Around the summer solstice, the energy in the air is higher than ever and can always discharge. " 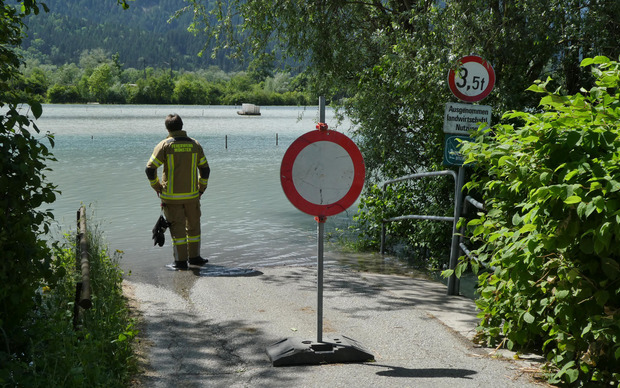 In Münster, a field was flooded – the fire department was in action.

Klaus Niedertscheider, head of the hydrography and hydrology department of the state of Tyrol, warns that heavy rains may exacerbate the "situation at the Inn and the affluents hit by the storm." It also says that not only the level of the hostel, but also that of Isel is extremely high and therefore, caution is needed.

Although there is currently no expectation of large-scale flooding, critical situations may crop up here and there in the coming days, commented county council member Josef Geisler (ÖVP). "The current situation again shows us the importance of ongoing flood protection projects throughout the Inn, both in the Lower Inn Valley and in the Oberland." (Bene, TT.com) 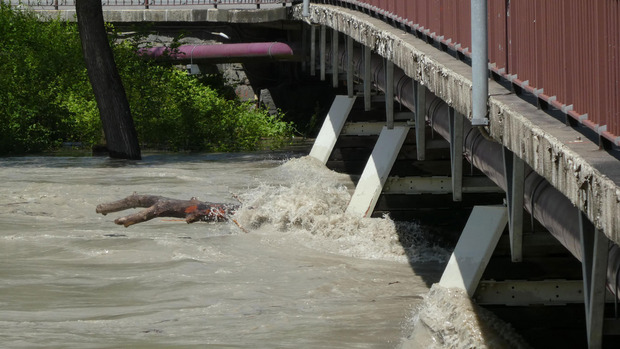 Due to local storms and snow melting, the level of the Tyrolean rivers (in the photo of the lodge near Brixlegg) has increased massively.