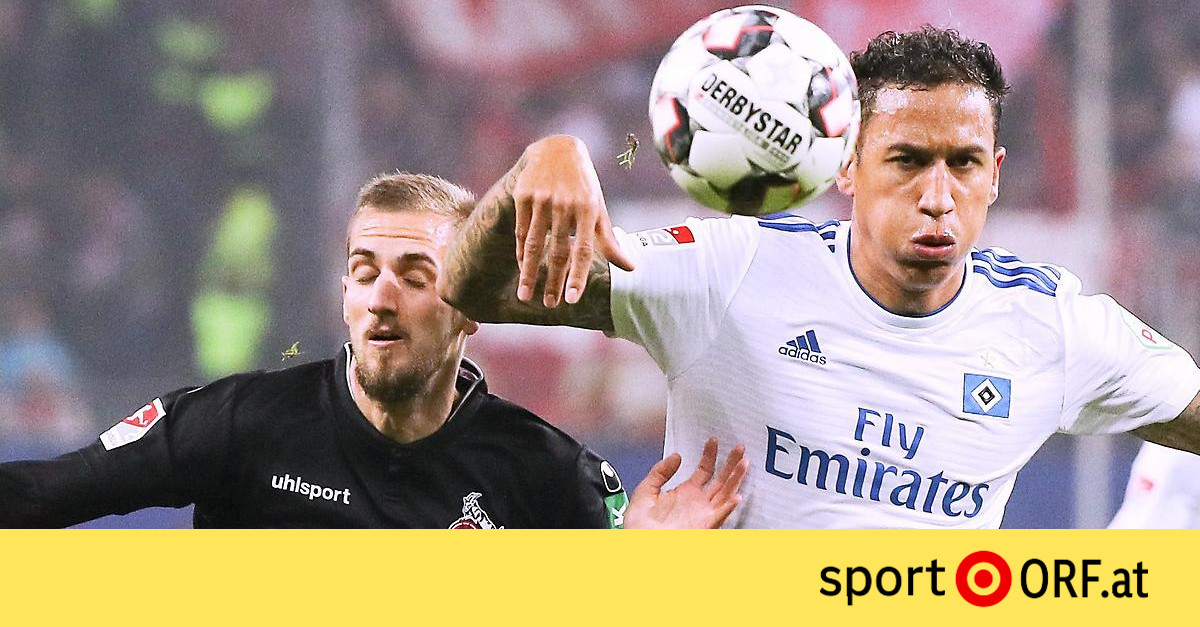 For the new head coach of Hamburg, Hannes Wolf, was in the third competitive game, the third victory with his new club. The Cologne, in which ÖFB team player Louis Schaub was replaced in the 87th minute, however, was stuck in a small earnings crisis. Just two points has led the FC in the last four games and now is in third place.

HSV was overweight from the start. But only after a quarter of an hour was the first time in front of the Cologne gate. Narey failed after strong work from Douglas Santos for FC goalkeeper Timo Horn.

Seconds later, the Cologne was lucky as referee Christian Dingert a clear hand in the penalty area for Rafael Czichos after a shot from Narey not punished. The best chance before the break was the Arp talent (28 & # 39;), who hit the outside post 20 meters. Of the guests, however, there was nothing to see.

Even after the change, the hosts set the tone, without actually having clear chances to score. Only slowly did the Cologne increase its efforts forward. Marco Höger's shot (58 ') after the first corner of the Rhinelander left Narey still on the line.

"The best team has won"

The game became more open and the scrimmage accumulated. Douglas Santos (67 &) and substitute Hee-Chan Hwang (74) failed the FC goalkeeper while Serhou Guirassy (70) made another threat to the HSV goal. But then came the appearance of Lasogga, who dusted after a shot of Douglas Santos.

"It was a very intense game and I believe that, in the end, the best team has won," said the winner of the game, Lasogga, in a TV interview. "Now we are at the top, and now we want to defend the top and do everything we can to be there in the 34th round," said the striker.

Cologne coach Markus Anfang has left Hamburg disappointed. "We did not have any peace in our game, we made many mistakes," said the 44-year-old. However, he does not want to attach too much importance to the negative series: "That's part of it too. We're going to get out of there, I'm sure of that."