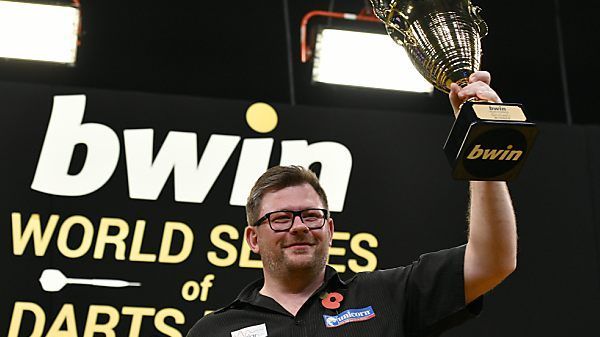 European champion James Wade won the 250,000 pound World Series of Darts Final at the Multiversum Schwechat on Sunday night. The 35-year-old Englishman won the final with 11:10 against compatriot Michael Smith. Wade, who won the European title for the first time just a week ago in Dortmund, collected 50,000 pounds (56,900 euros) for his ninth big win.

The world number one, Michael van Gerwen, who has won all three previous editions of this previously disputed tournament in Glasgow, had already eliminated in the quarter-finals with 8:10 against fellow Dutchman Raymond van Barneveld. Local hero Mensur Suljovic suffered a 3-0 home defeat to Wade on Saturday night.

Sunday results of the World Series of Darts finals at the Schwechat Multiverse: