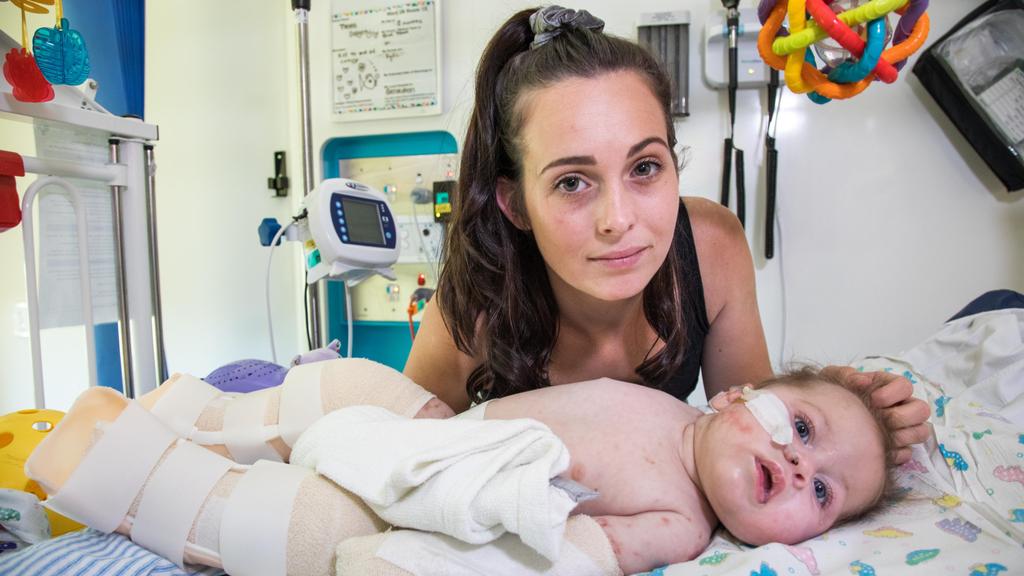 A Geraldton mother who was told to "say goodbye to her daughter" when she was afflicted by the deadly meningococcal disease is urging parents to take advantage of a newly renovated free immunization program.

Chelsea Cocking said her eight-month-old daughter, Tahlea, woke up at 4 am one day last month, pale and sick. "I just knew there was something seriously wrong with her," she said.

"(We) took her to the hospital and she turned purple in 40 minutes."

They were taken to Perth by the Royal Flight Doctor Service and Mrs. Cocking was instructed to say goodbye.

Miraculously, Tahlea fought, but will lose her fingers and fingers.

Cocking said her daughter faced a lifetime of rehabilitation and physical therapy and that her family would need to move to Perth.

"It affected her legs and arms and hands," she said. "Her leg has been a lot worse, so we're not sure how her legs are going … if they can be saved. She's having seizures, so it's been a bit difficult and she has damage to the brain, so it did not affect only its members. "

The mother of three said she did not want other families to go through the same ordeal and encouraged them to take advantage of the state government's ACWY vaccination program that had been extended by the end of next year.

Cocking said that while she was aware of the program, she did not know that her daughter could have been immunized in private for a fee.

More than 76,000 children ages one to four in WA had a free jab, but 61,000 still did not. Of the 36 cases of meningococcal disease this year, 17 involved children under five years of age.

Australian Health Minister Roger Cook said the program will also be extended to six-week-old Aboriginal and Torres Strait Islander children who accounted for more than 90 percent of under-five cases. Vaccines in WA are also free for children 15 to 19 years old.

Meningitis Center Australia executive director Lisa D Cruz said the awareness needed to be raised about the program, as many doctors and nurses did not know the vaccine existed.