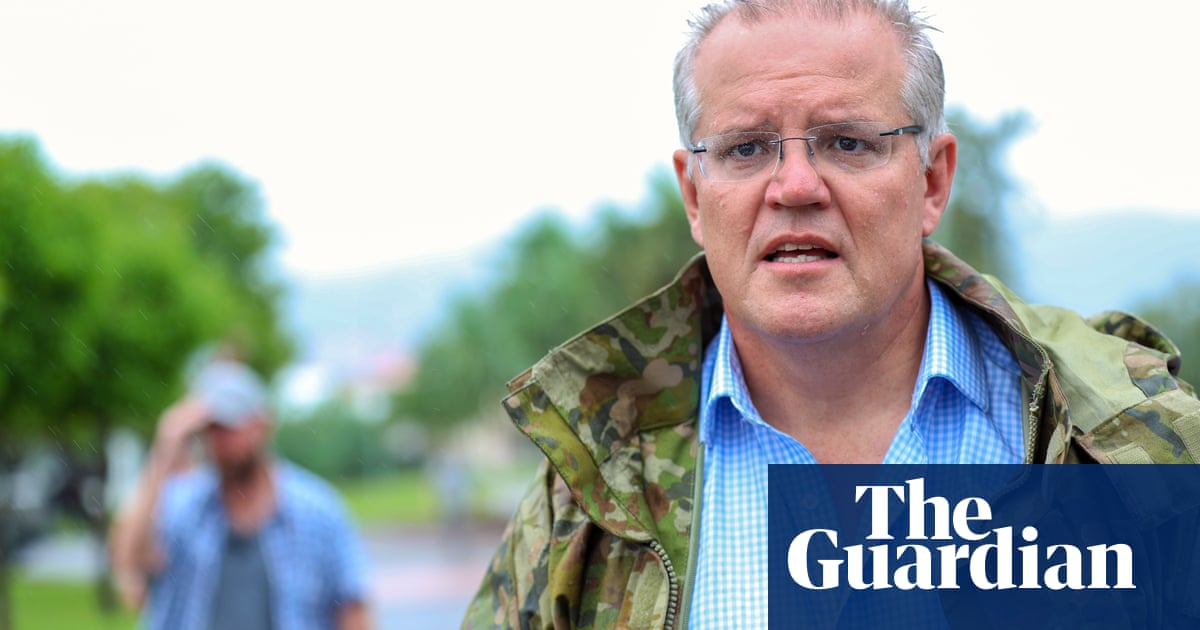 Scott Morrison has revealed his plan to move forward if his government becomes the first in almost 90 years to lose a legislative vote in Parliament's plenary and "simply ignore it."

Because he thinks it's "stupid" legislation.

Morrison's government is facing a humiliating defeat when Parliament resumes next week with the Labor Party, Greens and most of the bench to approve Kerryn Phelp's medical evacuation project for refugees and asylum seekers in Manus Island and Nauru.

If the Coalition misses the vote, it will be the first time since 1929 that a functioning government has lost a substantive legislative vote in plenary. When Stanley Bruce's government lost that vote, Bruce called an election the next day. Morrison told Sky News he would not be repeating the story.

"If we lose that vote next week, so be it. We do not go to the polls, "he said Tuesday night.

"The election is in May. I'll just ignore him and let's get on with the business.

"But I will not be howled by the Labor Party, which wants to dismantle a border protection system. I had a key hand in the construction."

Morrison was also blunt about the legislation itself.

"This is a stupid account. It's written by people who have no idea how this works, "he said.

"We do and I'm so shocked that the Labor Party would even play this kind of political game to get a cheap vote in the House next week.

"I will stay on the side of strong border protection and he [Bill Shorten] can make a jump … We will vote, and if it means that the project will fall, it will be in the head of Bill Shorten. Now Bill Shortens wants [you] to blame the crossbenchers for that, no, Bill, it's all in your head. "

When the defeat became a real threat on the last day of last year, Morrison called a press conference, where he promised to "fight" them about it. In an emotional demonstration, he promised to do "everything in my power to ensure that these changes never see the light of day."

The government, with Cory Bernardi's help, lost its defeat in the bill last year by obstructing the bill in the Senate, delaying its return to the House until it was too late to call a vote.

But Labor has said it will not back down and while Cathy McGowan has indicated she will make a decision when the bill reaches the House, her fellow crusaders said they saw no indication that the Indi MP was moving away from supporting him. .

Phelps's law would see the relevant minister have to justify to parliament why they rejected a request for an asylum seeker or refugee to be treated in Australia if two independent doctors deem it necessary to be moved.

An independent health advisory panel would examine all cases rejected by the minister.

But the Morrison administration argues that the final decision should remain with the minister and, trying to avoid a possible defeat next week, offered a medical panel to give non-binding feedback on transfers.

Phelps rejected that, and Labor reaffirmed its support for the bench project on Tuesday, arguing that medical transfers were already taking place and that the minister could reject transfer requests for security reasons.

Morrison's government lost its majority in the House when Malcolm Turnbull's retirement from politics ended with the Liberal Party losing Wentworth's election to independent Phelps on a historic balance sheet.

Julia Banks's defection to the crossbench left the government with 72 deputies, leaving four votes short of an absolute majority. Work, with 69 deputies, is also short, but a simple majority of 75 can approve an account.

In an essay on the Australian Public Law blog, Professor Anne Twomey argued that 75 deputies would be sufficient to change the standing orders, which require an absolute majority for private members' bills to be voted on.