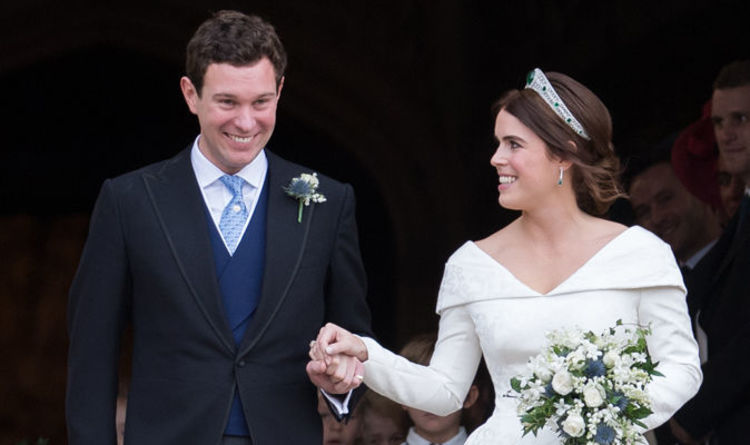 Princess Eugenie and her husband were married at a fairytale wedding in St. George's Chapel at Windsor Castle in October. Thousands of people lined the streets to wave to the princess in what was a real case. However, the mother of the bride revealed how normal the couple was backstage despite the extravagant nature of the event itself.

In an in-depth interview with the Daily Mail, Sarah Ferguson opened up about the royal wedding and gave insight into how the newly married couple spent their time afterwards.

In a realistic move, they did not choose to spend the night before their honeymoon in a fancy hotel, but rather at home with the family.

Fergie explained, "The Sunday after the wedding, I told Eugenie and Jack:" Do you want to stay somewhere special? "

"No. They wanted to stay at the Royal Lodge.

"So the night before the honeymoon, the whole family was eating pizza in the kitchen."

The Duchess of York also used the interview as an opportunity to talk about other aspects of the royal wedding, including admitting her displeasure that Princess Diana was not alive to see her daughter marry.

Fergie and the late princess were intimate friends through the years and used to act as confidants to each other when they were both married in the royal house.

Assuming what was on her mind on the day of the wedding, the Duchess said: "I thought of friends and family absent; of Diana.

"But she's with me all the time.

"What I miss most is your tinkling laugh.

"Diana was my best friend and the funniest person I knew.

"She had such a moment and wit.

"It was a total joy to be with her because we just laughed and enjoyed life very much, and I know she would have loved the wedding."