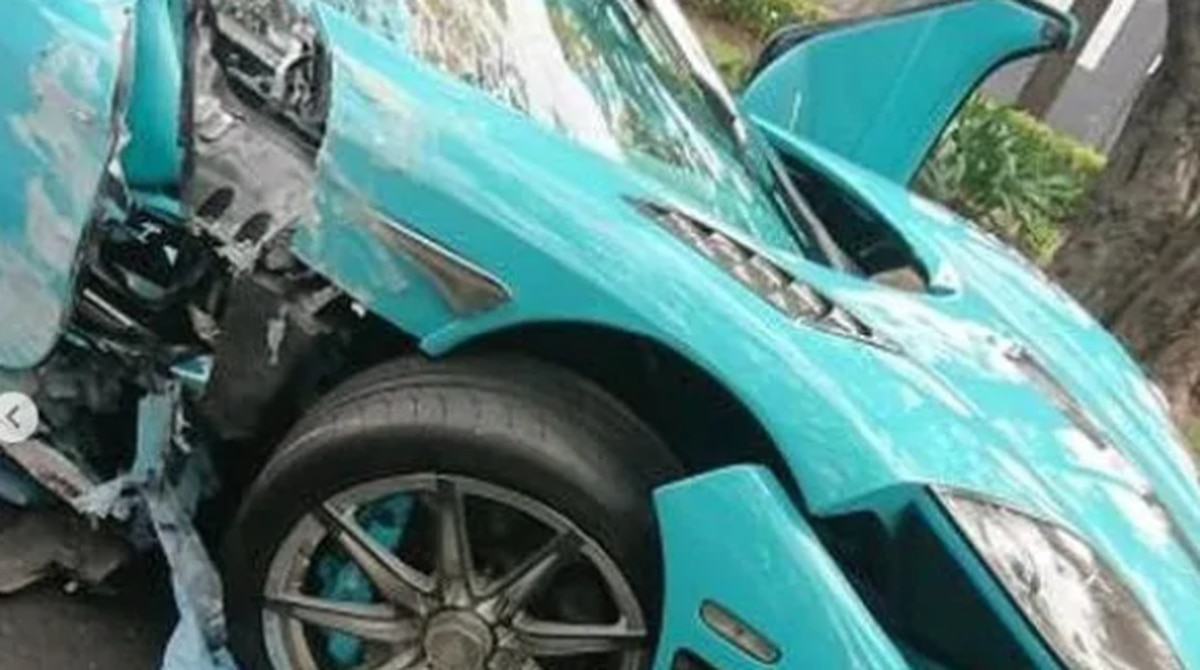 If you're having a bad day, at least it's probably nothing compared to this guy.

The owner of a rare supercar valued at about $ 2 million saw his beloved car crushed in shabby condition.

The Koenigsegg CCXR Special Edition supercar is considered one of only two of the kind already manufactured.

The gaudy turquoise-colored vehicle was originally built specifically for the Qatari royal family, according to The Drive. But the new owner apparently did not have much time to enjoy it after acquiring it about six months ago.

Photos posted on social media show the supercar – capable of reaching top speeds of almost 400 km / h – sitting next to a main avenue in Mexico City after an accident Sunday afternoon.

The driver was reportedly uninjured, and it is unclear what caused the accident. A number of passers-by posted photos of the crash on social networks.

A large tear and hole can be seen in the carbon fiber bodywork, as well as major damage to the passenger side door. The left rear wheel could be seen out of place and the right front axle was sticking out to the side.

The car will need a very expensive repair job – that is, if it can be recovered and restored.