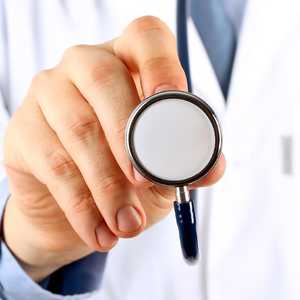 JIMBOOMBA, Darling Downs and Burnett residents are 30 percent more likely than other Australians to be diagnosed with bowel cancer, worrying data show.

Regional areas across the country have rates higher than the national average for contracting the deadly disease, but it is more prevalent in these three regions than anywhere else in Queensland.

Atlas allows you to search for suburbs at cancer sites

The data also showed that downtown Brisbane, including Bulimba, East Brisbane, Norman Park and Seven Hills, had the lowest rate of bowel cancer.

This prompted the federal government to launch today a TV, radio, social media and blitz GP of $ 10 million, which is the largest national advertising campaign aimed at a single cancer.

The director of the Cancer Council of Australia, Sanchia Aranda, said that regional areas tend to have a higher prevalence of risk factors such as obesity and diets low in fiber and vegetables and high in alcohol.

"Getting enough fiber in your diet is the first thing you can do to lower your risk, in addition to having a healthy weight," she said.

Health Minister Greg Hunt said more than half of Australians had sent a free bowel cancer testing kit by the government, and the mass campaign was intended to reverse it.

"Research shows that 90% of intestinal cancers can be treated successfully through early detection, reducing the number of family, friends and loved ones who die each year of the disease," Hunt said.

The cancer database of the Australian Institute of Health and Wellbeing reveals, on average, 60 people per 100,000 Australians contract bowel cancer.

The center of the eastern city of Brisbane had only 41 cases per 100,000 people.

There are 17,000 people diagnosed each year.

Bowel cancer test kits will be sent to all Australians aged 50 and 74 before the end of the year.