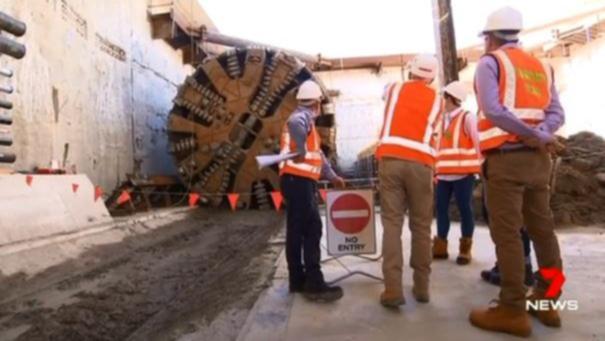 The Forrestfield-Airport Link project in Perth reached an important milestone when the first tunnel excavator arrives at Redcliffe Station.

Now, she tuned 62% of the 7.4 km component of the Bayswater train line tunnel.

On Saturday, Australian Prime Minister Mark McGowan and Transport Minister Rita Saffioti announced that the machine had arrived at the station's construction site on Thursday.

It was the first time the machine appeared since leaving the station at the Central Station of the Airport in June 2018.

McGowan said both machines completed tunnels under the runways of Perth airport.

"The last time I saw this incredible machine, it had just broken the wall at the central airport station," McGowan said.

The second project machine is about 500 meters behind the first one.

It is expected to enter Redcliffe in June.

Saffioti said that once jobs and maintenance are completed, the two tunneling machines will begin the final stage of their journey.

"They will dig to a depth of 22m under the Swan River before emerging in the Bayswater diving structure."

The Forrestfield-Airport Link project involves the construction of a new rail service for the eastern suburbs of Perth, adding three new stations at Redcliffe, Airport Central and Forrestfield.

The $ 1.86 billion project is funded jointly by the federal and state governments.

The first trains should operate at the end of 2021.