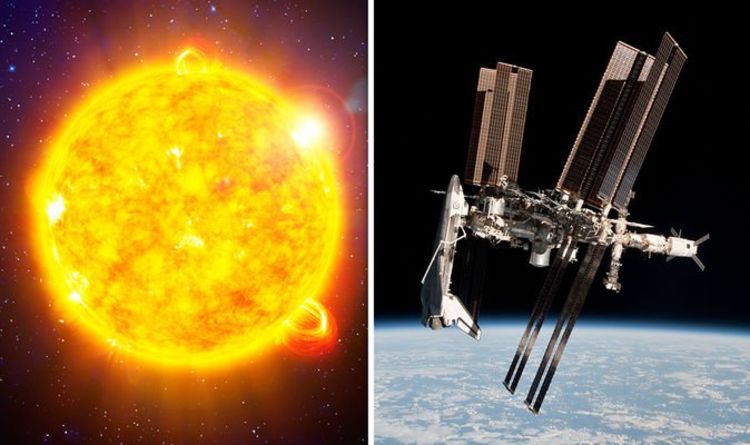 The findings were unveiled when scientists led by Simone Di Matteo reassessed data from Helios, 45, according to ScienceDaily.com. Researchers have discovered "supernatural bubbles" invisible to the naked eye, reminiscent of bubbles from a lava lamp. Mega-globules form on the surface of the Sun and extend into the Earth's atmosphere as part of the "solar wind."

Space bubbles, which are 50 to 500 times the size of the Earth, drip from the Sun every 90 minutes or more.

But when giant bubbles of solar wind collide with the magnetosphere, they can trigger interference in satellites and everyday communication signals, ScienceDaily.com reports.

Di Matteo found the drops in the data collected by two Helios spacecraft, launched in 1974 and 1976 by NASA in collaboration with Germany.

Commenting on his findings, the PhD physics student at the University of Aquila, Italy, said: "It's just too perfect!

Di Matteo's research was the beginning of a project that NASA scientists conducted in anticipation of the first data from NASA's Parker Solar Probe mission, launched in 2018.

The unmanned probe made its closest approach to the sun yesterday, plunging into the sun's crown of fire in a historic attempt to shed light on the nearest star on Earth.

NASA's Parker Solar Probe, a spacecraft the size of a small family car, is as close as a man-made object has ever been to the sun.

"To close the link, local sampling of solar corona and young solar wind is needed and Parker Solar Probe is doing just that."

Di Matteo's research on "dotted trails of bubbles that flowed from the Sun every 90 minutes" could also help clarify the scorching world of the sun.

Commenting on the Parker Solar Probe mission, Mr. Di Matteo said: "When a mission like Parker is going to see things no one has seen before, only a hint of what could be observed is really helpful."