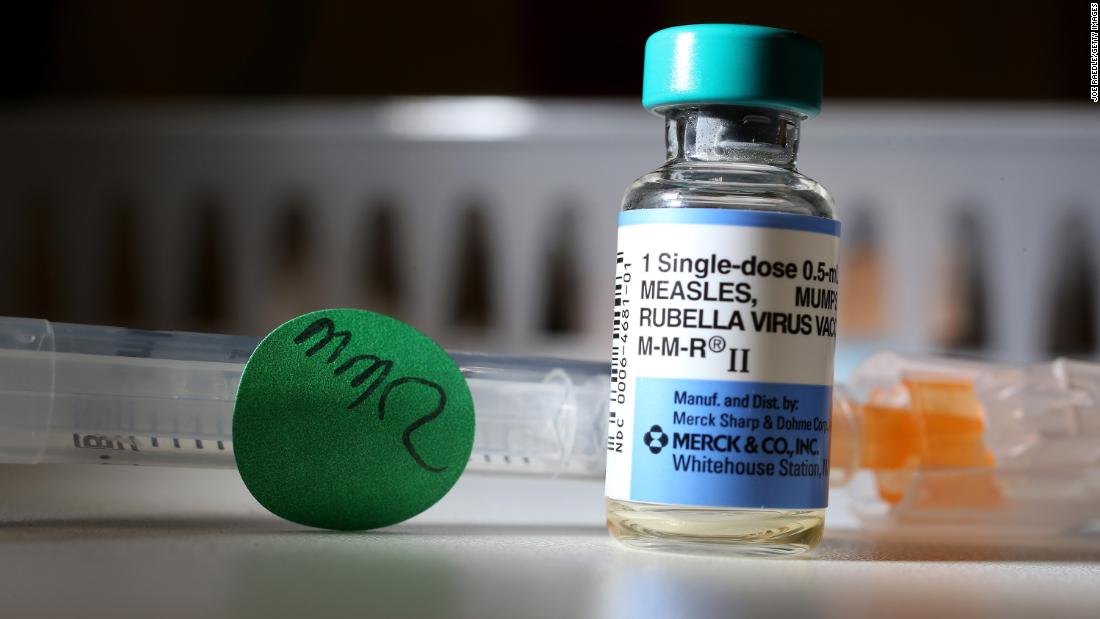 Measles is a highly contagious disease caused by a virus that can spread through the air when an infected person coughs or sneezes, or if a person comes in direct contact or shares germs when touching the same objects or surfaces.

These outbreaks are linked to travelers who brought the measles back from other countries, such as Israel, Ukraine and the Philippines, where large outbreaks of measles are occurring.

Typical measles symptoms, including high fever, whole body rash, stuffy nose and reddened eyes, usually go away without treatment within two to three weeks, although a severe case of measles can lead to death.

Last week, in an effort to contain a measles outbreak that began in October, Rockland County, New York, banned unvaccinated people under the age of 18 from public places. As of Friday, the county reported 153 confirmed cases, although state officials say additional cases were not reported.

Last year, the CDC reported 372 cases in total and 17 outbreaks, with three areas – New York, New York and New Jersey – contributing to most cases. All three outbreaks in the area were linked to travelers bringing measles back from Israel and then spreading the virus among unvaccinated people in Orthodox Jewish communities.

A total of 82 people brought measles into the country from other countries in 2018. This is the largest number of cases imported since measles was eliminated in the US.

The measles vaccine – known as the MMR vaccine – is very effective. One dose is about 93% effective in preventing measles if you come in contact with the virus. Two doses are about 97% effective. Experts recommend that children receive the vaccine in two doses, first between the ages of 12 months and 15 months and then a second between 4 and 6 years of age.