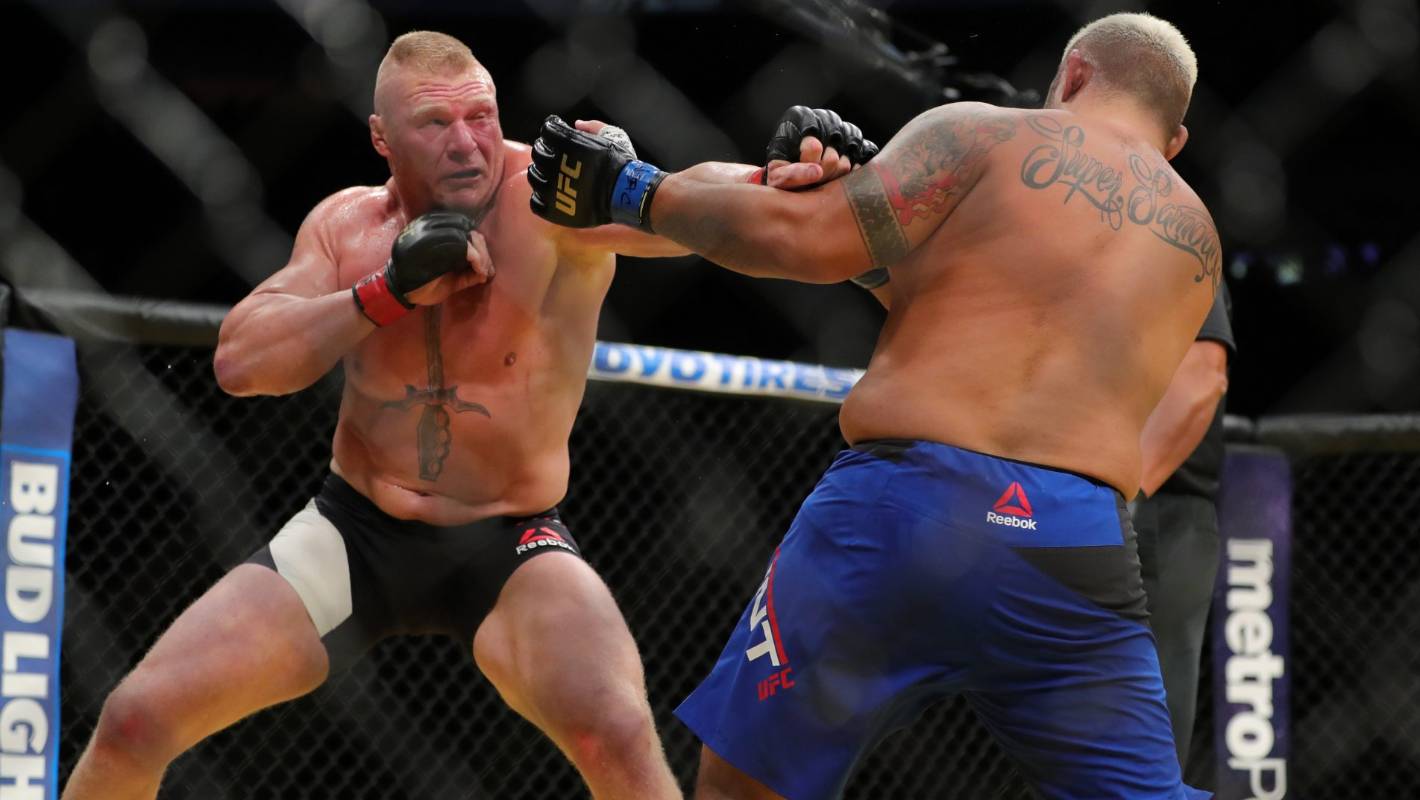 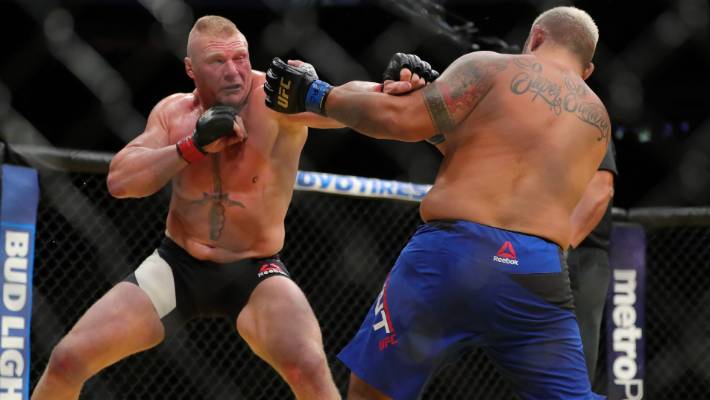 Brock Lesnar, left, en route to a unanimous decision, defeated Mark Hunt, who would later be knocked down after his failed drug tests.

Hopes for a return to the UFC's octagon for Brock Lesnar were closed by Dana White.

Lesnar, 41, entered the mandatory UFC anti-doping program in an attempt to get back, but UFC White president said on Wednesday that Lesnar would not be fighting again.

That means Lesnar's last mixed martial arts fight will continue to be his fight against UFC Kiwi legend Mark Hunt in July 2016.

Lesnar defeated Hunt in a unanimous decision win, but the result was reversed after Lesnar failed in two anti-doping tests, which found the banned substance clomifena in his system.

Hunt was very critical of Lesnar after the failed tests, describing him as a "f …… cheat".

ESPN reported that the UFC had discussed a title fight between Lesnar and UFC heavyweight champion Daniel Cormier sometime this year until Lesnar informed White last week that he had retired.

Lesnar, a former UFC heavyweight champion and current WWE star, was present at UFC 226 in July 2018 and pitted Cormier in the Octagon shortly after his knockout victory over Stipe Miocic.

Cormier is expected to fight a rematch against Miocic, with both sides having verbally agreed to the fight.