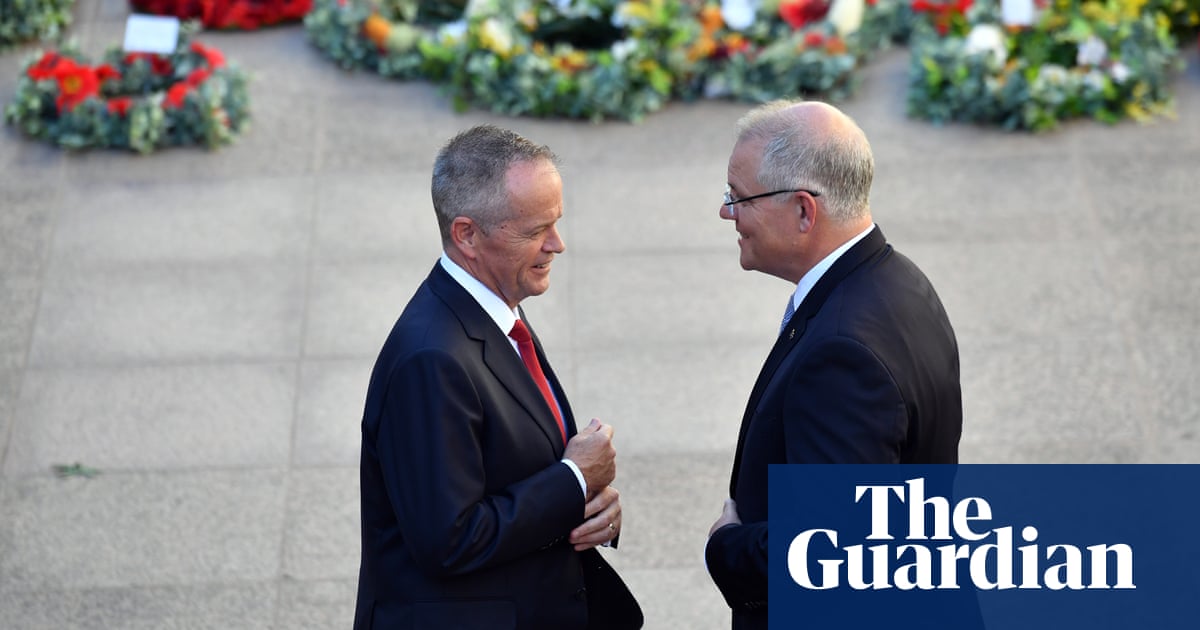 Labor has shifted its stance in the medical transfer bill, seeking a compromise on three principles that could nullify the proposal when it returns to parliament, and allow Scott Morrison to claim a meaningful political victory.

At the end of a shadowy, left-wing, right-wing and counter-party meeting, ALP signaled that it wanted to rework the proposal it backed in parliament in December to increase the home affairs minister's discretion to refuse medical transfers. for asylum seekers, to make deadlines for decision making less restrictive, and to ensure that procedures only apply to the cohort currently in Manus Island and Nauru.

The backflip, which had been telegraphed by Bill Shorten since mid-last week, followed a substantial rhetorical bombardment – including misrepresentations of the law's details – by the Morrison administration in an effort to avoid losing the first substantive vote in the House of Representatives. Representatives since 1929.

With labor arrested in contested domestic deliberations – with some parliamentarians fearing the consequences of protracted and toxic debate over border protection, and others a progressive reaction to any face of the opposition – Scott Morrison used an appearance at the National Press Club on Monday, to boost political pressure.

The prime minister said the opposition needed to overturn the medical transfer bill if it was committed to protecting Australia's borders.

Despite marking his own medical review panel last week to examine the medical transfers of people seeking refuge in an attempt to circumvent the proposal, he presided over the prompt removal of vulnerable children in response to internal pressure from the Morrison declared on Monday that as prime minister: "I will not find a middle ground."

Morrison said that when it comes to preventing deaths at sea, "you can not make a difference." The bill was "unnecessary, it's superfluous, it adds nothing to border protection – it just takes away."

The Labor Party met for nearly two hours Monday night, but after a day of meetings and a break in the left-wing meeting, there was no major dispute in the final deliberation.

Two leftist frontbenchers, Pat Conroy and Andrew Giles, asked detailed questions about the implications of the proposed change, including adjustments to the timing of determinations, but accepted the logic of the amendments.

A subcommittee of committees will review the final drafting of any agreement with the transverse bank.

Labor has already made contact with key independents in an effort to ensure legislation is passed by parliament, and it is not courtesy of the founder of Monday's reinstatement.

The crossbench is due to meet in Canberra on Tuesday morning and wants to see a detailed language of the work before deciding which way to go.

For procedural reasons, legislation should be dealt with on Tuesday, probably in the afternoon, after Question Time.

The changes originally proposed by independent Kerryn Phelps, and amended by South Australian Senator Tim Storer, with Labor's support last year, would have given doctors more say about the medical transfers of people in offshore detention.

The crossbench movement followed the growing concern for the well-being of detainees, particularly children, and a major mobilization by the medical profession concerned about the rising incidence of mental illness, self-harm and suicide.

The draft currently drafted contains criteria for the Minister of Internal Affairs to reject a medical transfer if it does not agree with the recommendation of the health professionals; or reject it for security reasons.

The security veto was limited in scope, but absolute. If the minister refused a transfer because he disagreed with the council, this could be overcome by an independent medical review panel.

The new labor principles would broaden the basis on which the minister could prevent a medical transfer from including additional criteria, such as a criminal record, in response to Morison's allegations that the Labor Party was prepared to leave murderers and rapists in the country; and also ensure that improved procedures apply only to people currently in detention at sea, not to newcomers.

While the main numbers have an open mind, it was unclear on Monday night whether the crossbench will play ball with the Labor's revised position. Storer said he would consider labor principles, "but I would be disappointed if the amendments did not go home in its current form."

If Labor and the bench do not agree on the proposed revisions, and Morrison avoid a defeat in the parliamentary floor when the sittings are resumed on Tuesday, the government will see that as a significant victory.