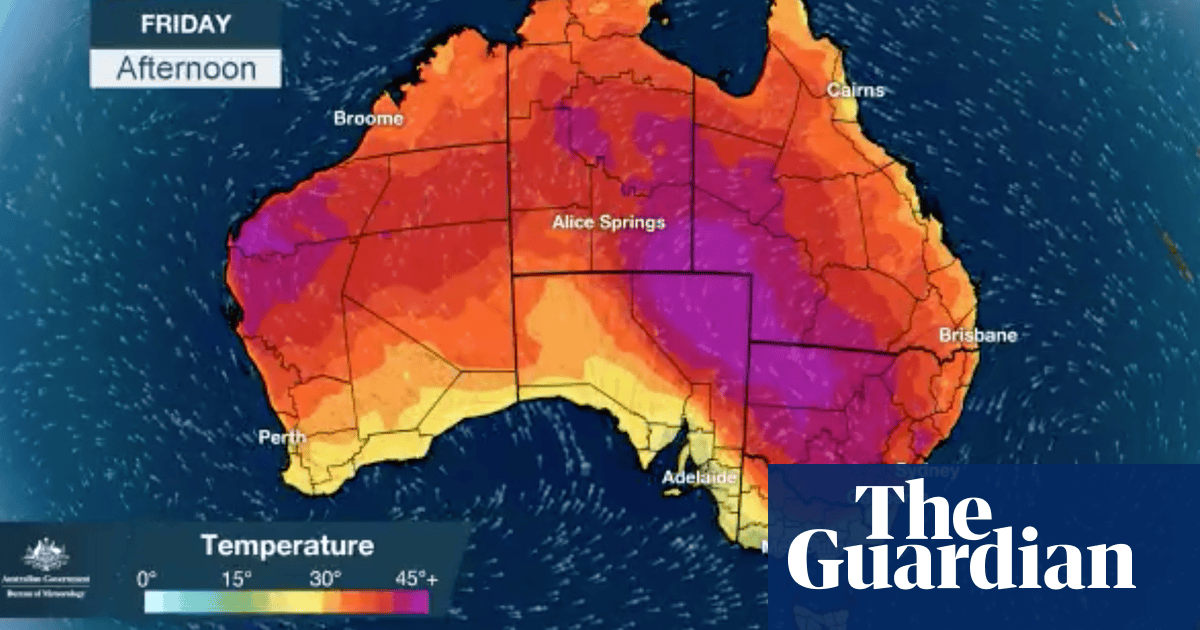 January was Australia's hottest month, according to the Bureau of Meteorology.

The average temperature last month, on average across the country, surpassed 30ºC for the first time in any month.

A senior department climatologist, Andrew Watkins, said the January heat is unprecedented. "We have seen hot-air conditions affect large parts of the country for most of the month, with records broken for both durations and individual daily extremes," he said on Thursday.

A high pressure system in the Tasman Sea, blocking the cold fronts and cooler air to reach the south of the country, and a backward monsoon in the north, contributed to the heatwave.

"The warming trend that has seen Australian temperatures rise by more than 1C in the last 100 years has also contributed to unusually hot conditions," Watkins said.

New South Wales, the Australian Capital Territory, Victoria and the Northern Territory, all had their hottest January recorded.