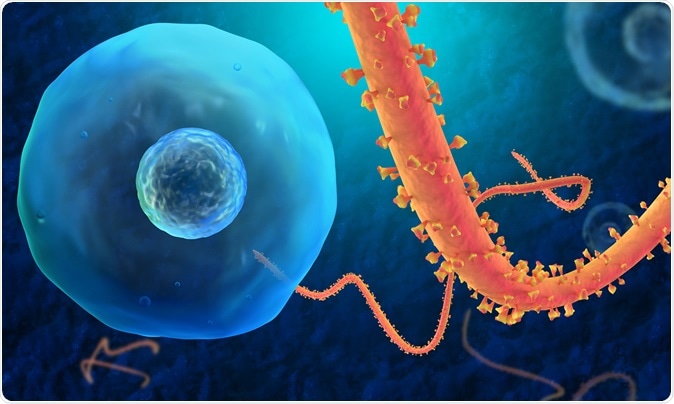 The Lancet reported on the alarming state of Ebola in the Democratic Republic of Congo (DRC) on the 4th of this month, after a reported 785 deaths due to illness in the country. Authors Laurence Gostin, faculty director of the O & # 39; Neill Institute of Georgetown University for National and Global Health Law, and his colleagues, in their letter entitled "Ebola in the Democratic Republic of Congo: time to sound a global alert ? "They write that this latest outbreak of Ebola in the DRC is the second largest since the West African epidemic of 2014. This makes it the second largest in the history of mankind, they write. The team writes about the obstacles that make it difficult to cope with this outbreak, including areas of "armed conflict, political instability and mass displacement" that hamper the autonomous and effective work of aid and relief operations.

The team writes that "WHO, the DRC government and non-governmental organization (NGO) partners have shown remarkable leadership but are overwhelmed." They warned that the outbreak is "far from being controlled" and that there is a substantial risk becoming a "long-term epidemic with regional, perhaps global, impacts."

The team is currently calling for "high-level political, financial and technical support to address the ebola outbreak that began last May" in the DRC. There are new warnings about the spread of this disease closer to the city of Goma. The outbreak has now hit Butemba, home to about a million people. The United Nations is actively sending aid to protect the city of Goma and also to help them deal with the situation. Currently, 2000 emergency workers are sent to the city of Goma to deal with the flow of patients with Ebola.

Health professionals believe the problem with spreading to this city would be people who do not seek medical help when they get the disease. There have been reports of locals attacking emergency workers accusing them of looking at and manipulating the Ebola outbreak. This has aggravated the problem, said Médecins Sans Frontiers. There are rumors about medical staff putting patients in body bags at admission and even removing their organs for sale on the black market etc.

Laurence Sailly, the emergency coordinator for Médecins Sans Frontières in the Congolese city of Beni, said: "In this situation, people may have no choice but to seek medical help in health facilities that do not have adequate screening or infection prevention and control measures . place, which increases the risk of contamination. We are talking about a population that has already spent many years of conflict. In addition, they now face the most lethal Ebola outbreak the country has ever seen. Anxiety increases their situation even further, limiting their chances of finding adequate medical care. "Emmanuel Massart, coordinator of the Doctors Without Borders project in Katwa said:" With more and more cases coming from the city of Butembo, which has a population of almost one million people, it was necessary to set up a second treatment center very quickly. Large windows allow our patients to see the faces of doctors and nurses treating them and facilitating family visits, restoring some of the human contacts that are so difficult to maintain in Ebola treatment centers. "