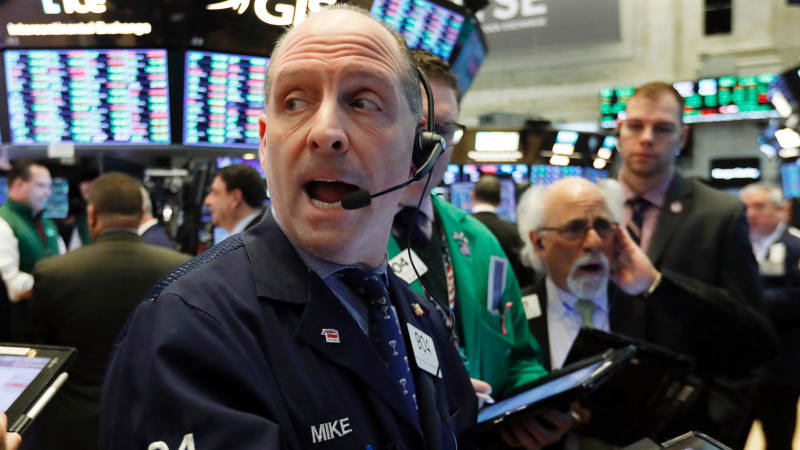 Iron ore and base metals lifted overnight, bolstering shares of mining companies, which helped the FTSE 100 up 1.6%. In London, BHP closed up 2.6% and Rio gained 1.7%.

"A rally for metals with copper and nickel registering bullish for the year, before giving up some of its gains at closing," according to Marex Spectron. "Only these two metals recorded remarkably above average turnover.

"Oil also expanded its movement following the recent announcement of US sanctions on Venezuelan oil, as well as DOEs and technicians. The rise in the base was despite a recovery of the dollar in the afternoon, although modestly with the ADP employment for Jan reaches more than expected in 213k (cf. 181k). We look forward to the two-day meeting between the US and China that started this afternoon. "

European stocks have also advanced, although Italy has confirmed that the data to be released tomorrow should show that the country's economy is in recession.

European companies listed on the STOXX 600 index are expected to post a 3.6% profit growth year over year in the fourth quarter, well below the 4.8% forecast last week.

"We see growth expectations for 2019 as still very high.We are probably still between 8 or 9 percent growth for this year and we will probably have to go down to a low to medium digit," Britta Weidenbach, chief European shares in DWS, he said.

"Interestingly, some of the stock has already been hit hard in the recent recession, especially late last year, which actually react positively to disappointing results," Weidenbach said.

After closing in New York, Facebook and Microsoft will report the results.

Shares of Apple rose as investors seemed relieved that the company's top non-iPhone products were driving higher sales, even as iPhone revenue declined.

Months ago, "there was a great deal of concern about global growth," said Chris Zaccarelli, chief investment officer at the Independent Advisor Alliance in Charlotte, North Carolina, to Bloomberg. "When you see big companies coming out with not-so-bad earnings or better prospects than previously believed, that's why you're seeing part of that rebound.

Banks "do not blame" the housing crisis: Westpac chief executive Brian Hartzer said one of the unintended consequences of the home loan operation was "penalizing small businesses."

"The housing slump" comes from the contraction of credit: real estate prices will drop another 10% by 2019, as banks are forced to abandon unrealistic spending measures, says Douglass Orr of Endeavor Equity Strategy.

According to a Reuters poll of economists, non-farm payrolls – to be released on Friday – probably rose by 165,000 jobs in January after jumping 312,000 in December. The unemployment rate is expected to remain unchanged at 3.9 percent.

In a separate report, the National Association of Realtors (NSA) reported that the pending sales index, based on contracts signed last month, fell 2.2 percent to 99.0, reading weakest since April 2014.

Luxury stocks were one of the bright spots for European markets on Wednesday after strong LVMH results.

Europe's STOXX 600 traded sideways before closing 0.3 percent and was well on its way to its best monthly performance since October 2015.

German payment company Wirecard had the worst performance in the pan-European index, falling 13.3%, as it denied a report in the Financial Times which alleged financial irregularity.

Frankfurt was among the few regional indices of negative territory trading and sent shares of the blue-chip DAX member down sharply.

Shares of France LVMH rose 6.7% following the luxury conglomerate's positive results, which it said was "cautiously" confident, as fourth-quarter sales held despite fears of a slowdown in China.

"This healthy set of numbers, combined with a positive management tone, should provide investors with the necessary comfort over current luxury market trends," Berenberg analysts said.

Hermes, the owner of Gucci, Kering, Moncler and Burberry were among the main drivers of the STOXX 600, rising 3.1 to 5.9 percent.

Even Italian Salvatore Ferragamo, which recorded a drop in sales, rose 1.5% as the LVMH hit boosted the luxury sector.

Italian Prime Minister Giuseppe Conte has said he expects the data to show the country's economy contracted in the fourth quarter, plunging Italy into a recession that is expected to put pressure on the populist government's spending plans.

"I expect a further contraction of gross domestic product in the fourth quarter," Conte said at an event in Milan broadcast on Facebook. "Analysts tell us that we will probably still suffer a bit earlier this year, but all the elements are there to recover in the second half of the year."

The country's statistics office is expected to release preliminary GDP figures for the fourth quarter on Thursday at 11am local time in Rome. Conte did not specify whether he had seen the numbers ahead of time.

At the end of the trading session in Hong Kong, the Hang Seng index rose 0.4% to 27,642.85 points, while the Hang Seng China Enterprises index rose 0.3%. The Hang Seng tracking energy stocks sub-index finished 1% firmer while the IT sector closed 0.5% higher, the financial sector finished 0.3% higher and the real estate sector increased 1.1% .

China's main index in Shanghai closed down 0.7 percent to 2,575.58 points, while the CSI300 index fell by 0.8 percent amid worries about the slowdown in the China's economic growth.

The National People's Congress, China's parliament, will vote on the new foreign investment law, which will replace three existing laws, during a session scheduled to open on March 5, the official Xinhua news agency said on Wednesday. It is certain that it will be approved.

"There is an urgent need for a unified law to provide stronger legal protection to expand, open and better use foreign investment," Justice Minister Fu Zhenghua told lawmakers in presenting the proposal during a special two-day session of Congress. commission this week.

The speed with which China is promulgating the law – Beijing will do in three months what usually takes at least a year – underscores the eagerness of President Xi Jinping to reach an agreement and resolve the dispute.

Xi seems to be concerned that the trade war will exacerbate an economic slowdown that is already underway, analysts say.

Irish central bank president Philip Lane is the only candidate to replace Peter Praet as chief economist of the European Central Bank in May, virtually guaranteeing that a key ECB position will remain with a dovish policy maker. Lane, 49, has been leading the central bank of Ireland since 2015.

TD Securities on US repayment plans: "As we had hoped, the February repayment has not brought further increases in coupon auction sizes for the first time since November 2017. The Treasury will auction $ 38 billion at 3, $ 27 billion in new 10 and $ 19 billion in new 30 next week.

"The bond offering is expected to rise by $ 115 billion (excluding CMBs) in the next two months, but should moderate in early April. The Treasury noted that tightening the debt ceiling could force them to maintain a smaller cash balance , which could further limit the provision of forward accounts. "

TD also said, "The lack of further increases in auction size should be modestly optimistic for Treasury bonds. This could help tighten Treasury-OIS (even if the spread has recently strengthened) and help expand swap spreads ".

JPMorgan has raised its estimate of the amount of surplus reserves the Federal Reserve would leave in the US banking system to $ 1 trillion, twice as much as it had previously projected.

The latest estimate suggests the US central bank would end up normalizing its balance sheet by about $ 3.5 trillion at the start of the second quarter of 2020, wrote economist Michael Feroli of JPMorgan in a research note .

The price of iron ore rose again, and may rise further in the coming weeks.

Nickel prices rose to a three-month high on Wednesday as investors worried that one of the world's biggest producers, Vale, could cut supply in a tight market. Reference nickel on the London Metal Exchange (LME) closed up 1.9% at $ 12,350 a tonne. The stainless steel ingredient hit Januayr 2 more than two years ago as worries about China's slowing growth slowed demand expectations but have since risen about 17 percent as supply deficits reduce inventories.

Australia's shares rose more than strong gains in the mining sector on Wednesday, although a sharp decline in domestic carrier Qantas has kept the market under control.

UBS seeks buyers for a $ 400 million block of Goodman Group

Comments? Questions? Let us know what you think before the bell: [email protected]