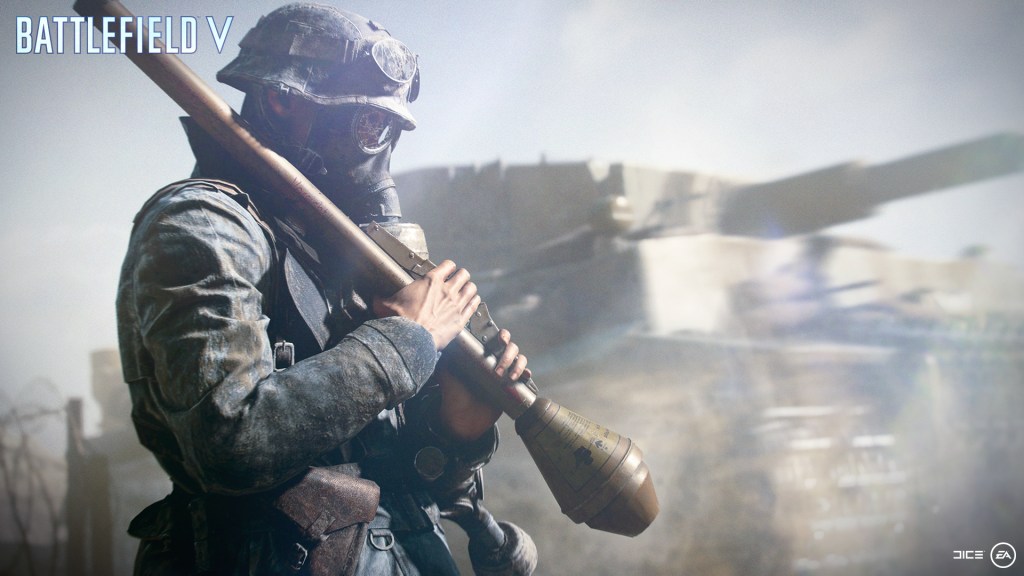 DICE and Electronic Arts have gone back in time to bring their main shooting game into the future. "Battlefield 1" was a revelation with its visuals, game mechanics and how it shed light on World War One.

The follow-up project, "Battlefield V", naturally brings the series to World War II, a space the franchise is familiar with. The series was built around the battles of that period, but this entry approaches the subject in a different way. Instead of focusing on stories that have been repeatedly recounted in the past, DICE has opted for lesser-known war theaters.

The one-player mode emphasizes this approach, as his war stories follow a Norwegian resistance fighter, special section ships commands, and French colonial soldiers called Tirailleurs. These vignettes are personal narratives that use the soldiers' native tongues and highlight experiences that have gone unnoticed.

The campaign shows the graphic splendor that is a hallmark of DICE. The environments leave the screen and transport the players for the season. While the great visuals shine, the same can not be said about the gameplay. That's where the team stumbles, as developers rely on stealth mechanics that are awkward compared to games like "Hitman 2".

The problem lies in the consistency and transparency of stealthy gameplay. Shots that should alert enemies sometimes do not trigger them, while innocuous moves can cause a platoon to train its guns on players. In one example, a sniper during a move was not noticed by me, but I replayed the scenario and the same action led me to catch a bullet storm. It's maddening.

If players can support this aspect of the mode for a player, they will appreciate the unlimited nature of some of the acts. They aim to emulate the randomness and multiplayer pop-up gameplay. Sometimes the size of each map can be intimidating, but players need to realize that it opens up more strategies and solutions for each goal.

Although War Stories is a mixed bag, multiplayer – the real meat of "Battlefield V" – is best. DICE has built its reputation on epic online games that put teams of 32 players against each other. These fights use vehicles such as airplanes, tanks and jeeps. With so many variables and so much chaos, players are faced with unexpected scenarios that often become viral in social media.

It's those unique moments in "Battlefield" that define experience. But with this project, DICE enhances the aspect of team-based gameplay. To encourage coordination, DICE puts players in squads and makes teammates easily identifiable. This small change leads the group to work together to gain more experience points for actions. In addition, the game highlights the best squads with the highest scores.

The simplified process makes grouping easier and remembers what Blizzard did with Overwatch. The big difference is that "Battlefield V" does this on a larger scale.

When it comes to gameplay tweaks, the four classes – assault, doctor, recognition, and support – return. This time they are even more defined and different, with the support gaining the ability to build fortifications and placing machine guns on the battlefield. As players level up to each class, they also unlock new gear that changes a bit as players can use the character, but even then, they still play the same roles.

The great addition to the multiplayer modes is the Grand Operations, which is a story driven campaign. Two teams go in four days in the game for battle value. The success of each match brings a benefit to the next battle. In the meantime, players experience a narrative element highlighting what happened in the previous battle and outlining the mission for the next day.

It's essentially a story-driven playlist, but the big problem with Grand Operations is that it requires a lot of time commitment. Each day of play takes more than an hour to finish, so it's best to play in a long afternoon.

Although it has a lot to offer, the game comes out incomplete. EA is releasing more content in the future. The final chapter of War Stories called "The Last Tiger" comes out two weeks after the release and Firestorm, the much anticipated Battle Royale mode, will be released in March. In the meantime, players will find new modes and maps, but it is disappointing that the game is being released without them.

This mitigates the appeal of what could have been another great chapter in the series.