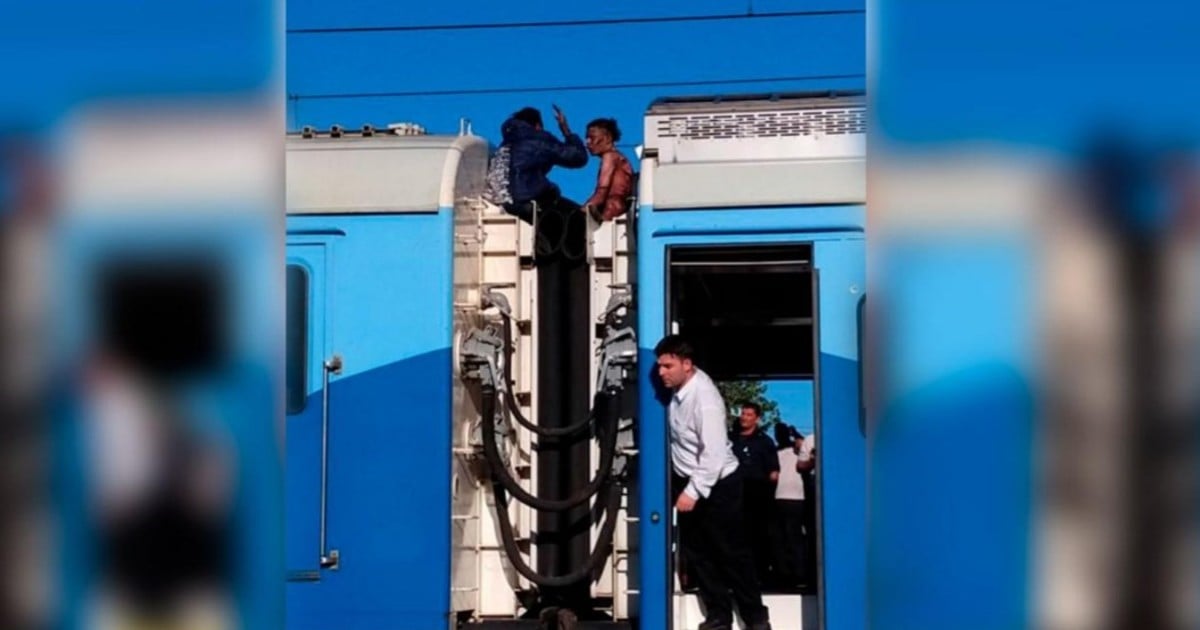 About 25,000 volts. This was the discharge that two young men received this morning when they were traveling on the roof of a train from Roca that was returning from Mar del Plata. The electricity came from the catenary, that airline from which the electric railroads take power. Both survived, although one of them was hospitalized for severe burns and was being treated intensively. The mystery now is how they succeeded, when there are electrocution deaths with much less voltage involved.

One of the theories is that both friends they did not directly touch the catenary, but they were burned by the energy that radiates. Spokesmen for the Argentine Trains Operation explained to this newspaper that it is not necessary to contact this line to suffer injuries: its range of action can reach up to one-half or one meter.

"We assumed that men never touched the catenary, but they were electrocuted in the same way, although with less serious consequences. It could have been the wide range of the same or that they touched with a backpack, for example. If they had made direct contact, there would be no chance of them surviving"Explained one of the company 's spokespersons.

With this position, Jorge Tartaglione, president of the Argentine Cardiological Foundation, agrees that "in high voltage installations, as in this case, the temperature can reach up to 5,000 degrees and the burn it causes is very serious. In addition, electricity can cause respiratory and cardiac arrest. "

In fact, one of the injured suffered burns in 70% of the body, from the hip upwards: trunk, head, neck and upper limbs. According to official information, he is under intensive treatment at Hospital Fiorito, in Avellaneda. As Clarín knew, his name is José Fonseca, who is 18 years old and lives in La Plata. Ciro Ferreyra, 20, and also from La Plata, traveled with him.

In April of last year, a man and his son were electrocuted during a storm in the town of Caseros, in Tres de Febrero. In such cases, the radius can cause much larger discharges than a catenary, up to 100 million volts.

José Fonseca, after the incident.

Whatever the source of electrocution, "it should be clear that cardiorespiratory resuscitation can save your life. never touch the affected person until you are away from the source of electricity and there is no danger, "said Tartaglione. It should also be borne in mind that, whether it is a low, medium or high voltage incident, it can cause serious damage and even death.