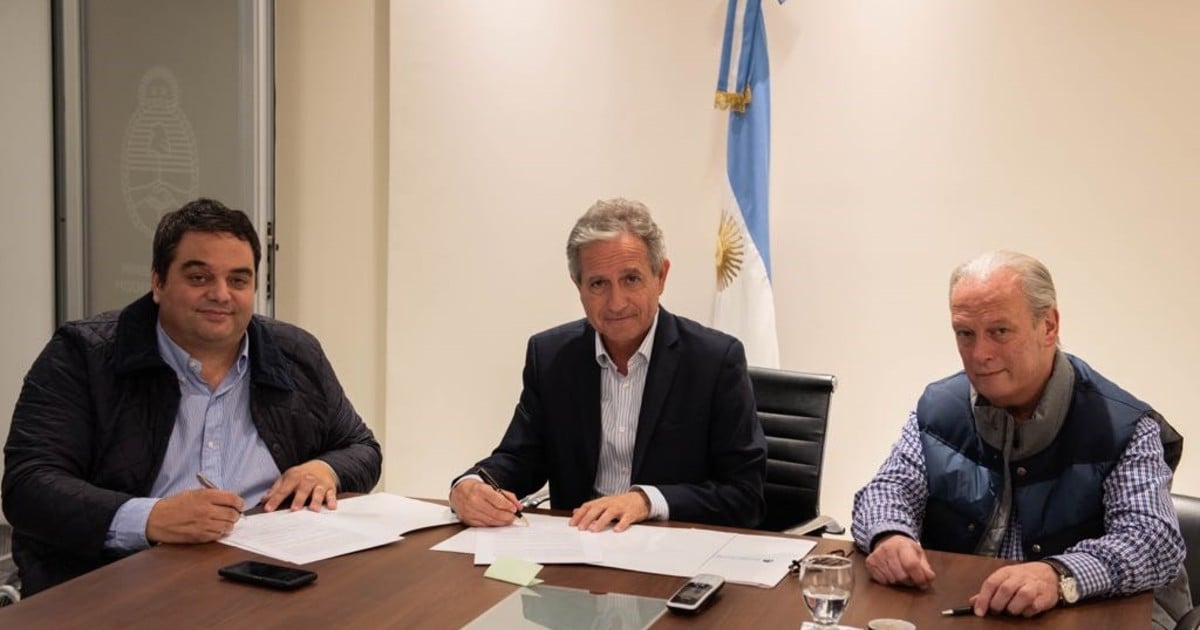 When everything seemed to indicate that he would remain uncompromising in the face of union demands to reopen the junta, the government decided to cede and awarded equal compensation to state companies of 10%, plus a year-end bonus similar to that received by the union. workers in the private sector.

With this measure, the government contained the UPCN allegation, one of the unions with more affiliates in the public sector, but could not adapt to the always combative ATE, which analyzes the measure of force "before the end of the year", according to Clarín boss Hugo "Cachorro" Godoy.

The measure was made official at the end of the meeting of the Deputy Chief of Staff, Andrés Ibarra, and the Secretary of Labor, Jorge Triaca; with the UPCN chief, Andrés Rodríguez, in the building of the Secretariat of Modernization.

Although it was considered the possibility that it would be 6 thousand pesos for low-income workers, finally the bonus will be of the same value for all workers, without differentiation of hierarchies or remuneration; and also identical to what Mauricio Macri ordered by decree for the private sector: a sum of $ 5,000 for the only time.

According to confirmed official sources, will reach 140 thousand workers of the National Public Administration, requiring an investment of about 700 million pesos.

This universe of workers includes Presidency officials, Ministries and decentralized organizations. On the other hand, it does not include provincial and municipal state enterprises, the judiciary and Congress, nor organizations such as PAMI, INCAA, ANSeS and entities and public companies, which will have a separate negotiation. The same as the personnel of the security forces, although sources close to Patricia Bullrich already confirmed that the minister decided to grant the same bonus to the troops.

In the meantime, political staff will again be excluded from the benefit.

But the government knew that with the bonus alone, it would be very difficult to contain the demands of union leaders. That is why he decided to activate a clause in the last parity signed in June, which agreed on the possibility of compensation for the loss of purchasing power of wages, which in the state's case, according to the INDeC, was 9.2. points in the first eight months of the year.

Ibarra noted this fact and, in view of the reopening of parity made by unions, offered a 10% increase in two installments: 5% in December, which will be charged in January; and another 5% in February.

In this way, declare that in May 2018 collected less than 40 thousand pesos will have a parity increase of 25%, after the 15 percent awarded last June.

Meanwhile, for those who have earned between 40,000 and 100,000 pesos, this time the increase will be higher than in June: they will receive the same percentage and not a fixed amount – $ 6,500 – as happened at the junction.

The increase was validated by the UPCN chief, Andrés Rodríguez, who in dialogue with this newspaper clarified that it was not a unilateral decision of the government, but that it was "the product of a negotiation by mutual agreement." "No one can be satisfied in Argentina with the value of wages, but in a very complex situation, where all sectors are suffering the impact of the economy, is a relief and a recovery: a breakthrough," explained the leader. this newspaper.

What was not satisfied was Godoy, from ATE, who assured that "a bonus and a 10% increase in installments does not move the needle of the salary recovery." "The delay is still huge," he said. In indicating that, in response to the government's decision not to reopen the joint discussion, in its guild "the possibility of a measure of strength is analyzed before the end of the year."

Godoy, at the same time, denounced that they were not invited to the meeting with Ibarra. In this conclave did not go unnoticed the presence of the Minister of Production, Dante Sica; who hastened the pace after the cabinet meeting that Macri addressed and joined in the photo.

Faced with Triaca, as the profile newspaper reports days ago, Sica wants to become the only valid interlocutor with the corporations before the secretary leaves office. In this context, no one is encouraged to bet that the former deputy will resist until December.