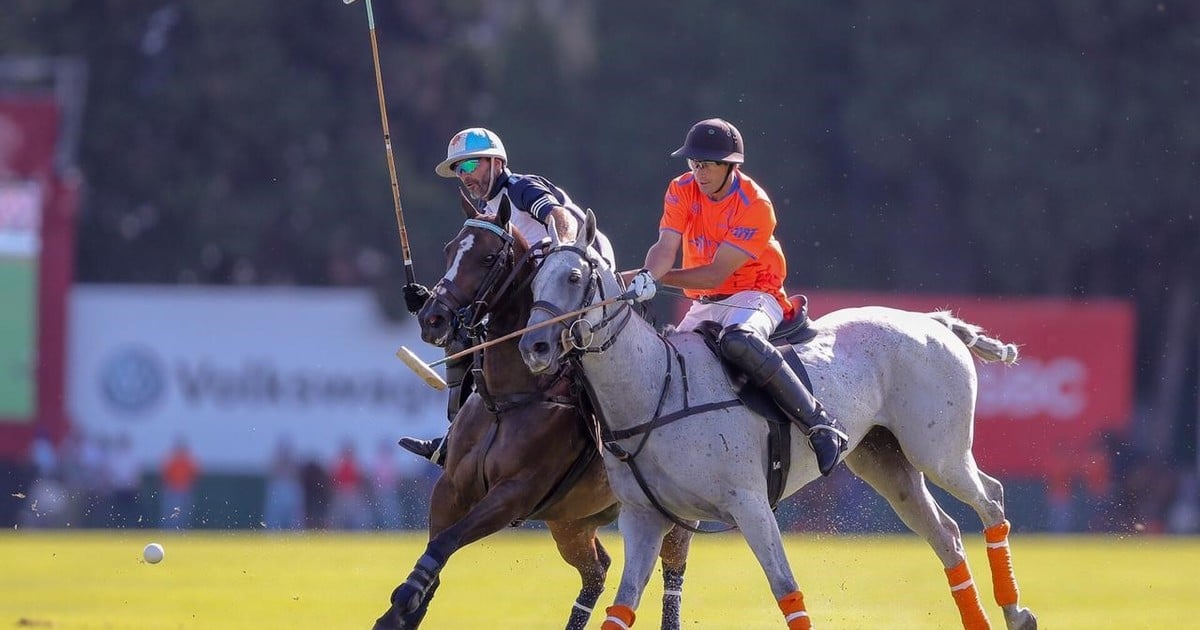 The Argentine polo field was dressed to receive the final of the Palermo Palermo, the classic of every end of the year in Argentine sports. And this time, face to face, they were The Dolfina, candidate as always, and The Monjitas, the quartet that descended no less than Ellerstina.

In addition to a weak start, La Dolfina's favoritism was Adolfo Cambiaso He took the stick to command his orchestra with his punctuation power.

That was how Cañuelas's team dominated Las Monjitas until the final from 17 to 12, to conquer their team. 12th title in Palermo, the sixth consecutive. An overwhelming domain of a legendary quartet in the history of the world pole

Las Monjitas knew he had a difficult task ahead of him but he went to court and took the first chukker 3-2. Guillermo Caset – who suffered an average partial loss – was the author of the team's three goals – two penalties – of Pilar. Adolfo Cambiaso and Pablo Mac Donough scored for the quartet of Cañuelas.

The great beginning of Las Monjitas continued in the second chukker, at the end of which went ahead by 6-3. Caset continued to make his own with three goals, a penalty, while for La Dolfina scored Cambiaso's penalty.

Adolfito, with all his talent, he did what he wanted in the third chukker and with three goals condemned the tie parityI was 6-6 in a heat that made it difficult to play in Palermo.

And in the fourth quarter he was once again the master and lord of the party with another three penalties for the 9-6. The crack of the celestial and white helmet made of him in Palermo, his second home.

The difference of three goals remained after the fifth chukker (11-8), because Cambiaso added two more penalties and Facundo Sola and Caset discounted to Las Monjitas.

In the sixth chukker came the difference that La Dolfina needed to get air and go to win. With a goal from Pablo Mac Donough, another from Cambiaso (penalty) and another from David Stirling, he took five (14-9) ahead of Caset's goal for Las Monjitas.

The penultimate quarter left the victory by 15-10 after so many of the top scorers of both teams: Cambiaso and Caset. And the last chukker was only the final path to the consecration of La Dolfina.

In the last 13 years, only La Aguada (2006) and Alegría (2013) managed to avoid a final between La Dolfina and Ellerstina. And this year Las Monjitas got into the conversation. But Adolfo Cambiaso and company did their thing and are again champions in Palermo.