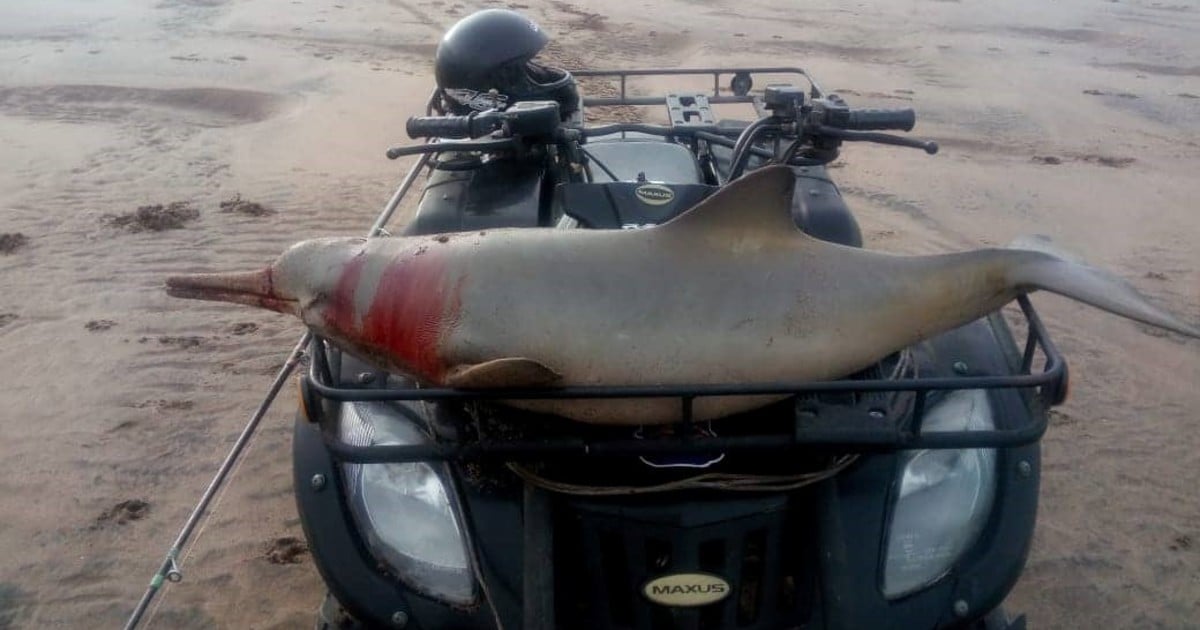 Rubén Vicente says he was fishing, that he suddenly had a big bite, which he thought was a corvina and that he fought for 40 minutes. He says that when he took it to the beach, he realized that, in reality, it was a dolphin and then tried to return it to the sea, but the mammal returned to the coast. He reports that when 10 minutes passed and he was still there, He took it to his house and ate it.. The story – almost uncommon – occurred in the Balneario Oriente, Buenos Aires province – near Bahía Blanca – and the man could now pay one million pesos fine to kill and eat an endangered animal considered a national natural monument.

The case occurred last Monday but became known on Thursday after a woman posted two photos to her Facebook account: It was a wounded, bleeding dolphin aboard an ATV on the beach.. The lady reported on social networks with images to a fisherman in the area accusing him of displaying the mammal as a trophy.

The Provincial Agency for Sustainable Development (OPDS), environmental authority of Buenos Aires, with the help of area rangers, went to look for the fisherman and find him. The man admitted from the outset that he had mistakenly caught the dolphin, but denied having "walked" through the sand like a prize. Although he said that when the mammal returned to the sand, he took it to his house, ate it and the remains were thrown into the sea.

The image of the dolphin that generated controversy and rejections in social networks.

"The dolphin is a Franciscan type, an endangered species protected in the province of Buenos Aires and declared a Natural Monument, which is the highest category of preservation," says Martin Boccacci, undersecretary of Environmental Planning at OPDS. The official said that they have already prepared a report and that now they must wait five days for the fisherman to fulfill his sentence.

How much can the fine be? One million pesos. This is what is provided by Hunting Law 7586 which prohibits the hunting of wild animals, their pursuit or death by any means. The penalty is an amount of 200 minimum wages of the provincial public administration (having the lowest category, no bonus, which is about $ 5,500). "What we evaluate is the severity of the event, how the circumstances occurred, the attitude of the person and what they report in their defense," adds Marcelo Martínez, director of Natural Protected Areas, which also depends on the OPDS.

According to the organization, the main threat of Franciscana is the by-catch, since each year between 500 and 800 dolphins die when caught by the nets in the province of Buenos Aires and about 2,000 throughout their range. Experts add that if this practice persists, its population may become extinct in the next 30 years. That is why the province of Buenos Aires declared the species Natural Monument (Law 14922) to guarantee a legal safeguard and generate strategies that contribute to its conservation.