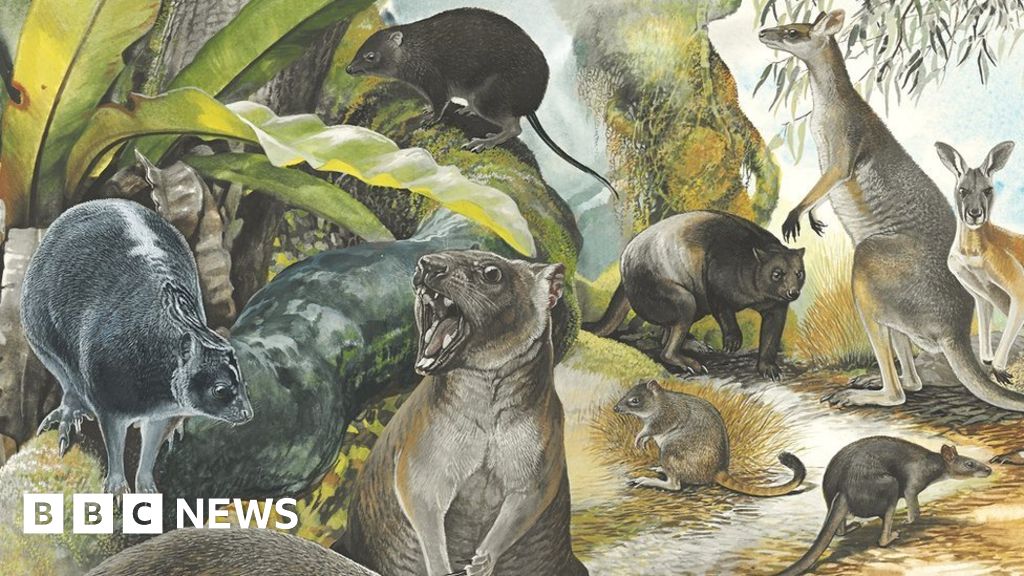 Scientists have discovered when the kangaroo learned to jump – and is much sooner than previously thought.

According to new fossils, the origin of the famous kangaroo posture dates back 20 million years.

Live kangaroos are the only large mammals to use two-legged jumps as the main form of locomotion.

The extinct cousins ​​of modern kangaroos could also jump, according to a study of their fossilized bones, as well as moving on all fours and climbing trees.

The site is a treasure trove of animal remains, including marsupials, bats, lizards, snakes, crocodiles and birds.

"It is one of the few snapshots we have of the evolution of marsupials in Australasia in deep time," said researcher Benjamin Kear of Uppsala University in Sweden.

Kangaroos can quickly cover great distances using their distinctive gait, which is most effective in open habitats such as deserts and pastures.

The longstanding view has been that animals have developed the ability to take advantage of a change in climate, which has brought drier conditions and the spread of prairies.

However, the research, published in the Royal Society Open Science journal, suggests that the story is not so simple.

Geometric modeling shows that the ancient extinct cousins ​​of modern kangaroos could use the same line of gaits as living kangaroos.

Evidence, scientists say, that the kangaroo has the ability to jump for many millions of years.

"It all points to an extremely successful animal that is superbly adapted to its environment and a host of habitats and ecosystems and that is why kangaroos are so successful today," Kear said.

"It's one of the most biologically strange and wonderful animals you'll probably find."