This update promises to improve the user experience and can modify the use that is given to the application. 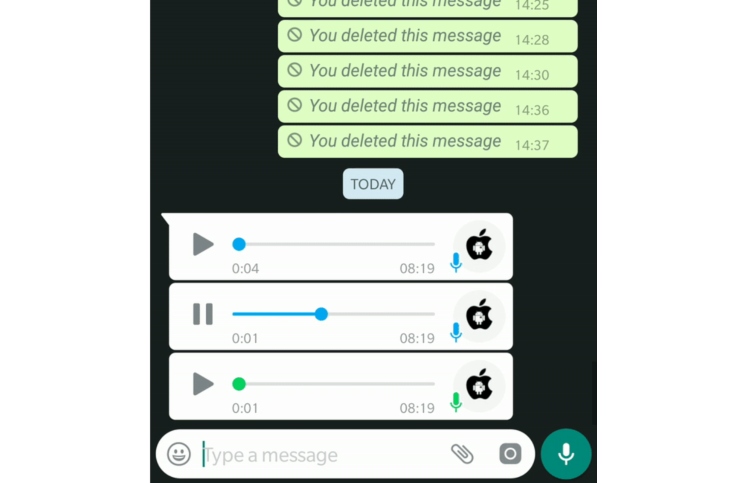 The update that WhatsApp has already released aims to improve the user experience. Some aesthetic changes were announcedl Dark mode that lets you set the background color to black instead of green. Now, it is known that there are modifications in the audios and videos that pass through the application.

As for audios, you can now play voice messages consecutively. As for videos, a breakthrough on the way is prepared Image in Video Playback Image in the application itself.

This function basically allows you to play the voice messages consecutively without having to go reproduce one by one, by clicking on the playback icon.

In order to use the new streaming audio feature, you must have WhatsApp beta version 2.19.86. If it does not appear, just force the app to close or restart your smartphone.

The good news is that if the other person you did not activate the beta but downloaded the update, then you will be able to play all the audios without touching anything.

The other great news is that playing background videos with Picture in Picture (or PiP) mode can be used even with the minimized application.

The PiP function is now available in beta version 2.18.301 and allows you to play videos hosted on YouTube, Facebook, Instagram and Streamable directly from the application in a window without having to leave.

Despite this progress, some problems had to be improved. For example, PiP did not allow us to change the conversation and keep watching the video, since it was closed by changing the application.

WhatsApp is now preparing improvements in this respect and will allow us to continue to play videos that we open in one conversation while in another. It will also allow you to continue to watch them even when the app is in the background.

Despite these great news, there is the question of whether YouTube will allow this or not, because currently, on the video platform, tapping in the background is something that is only available to paid users.

The feature is currently under development and will only be available to users who have Android 8.0 and later.