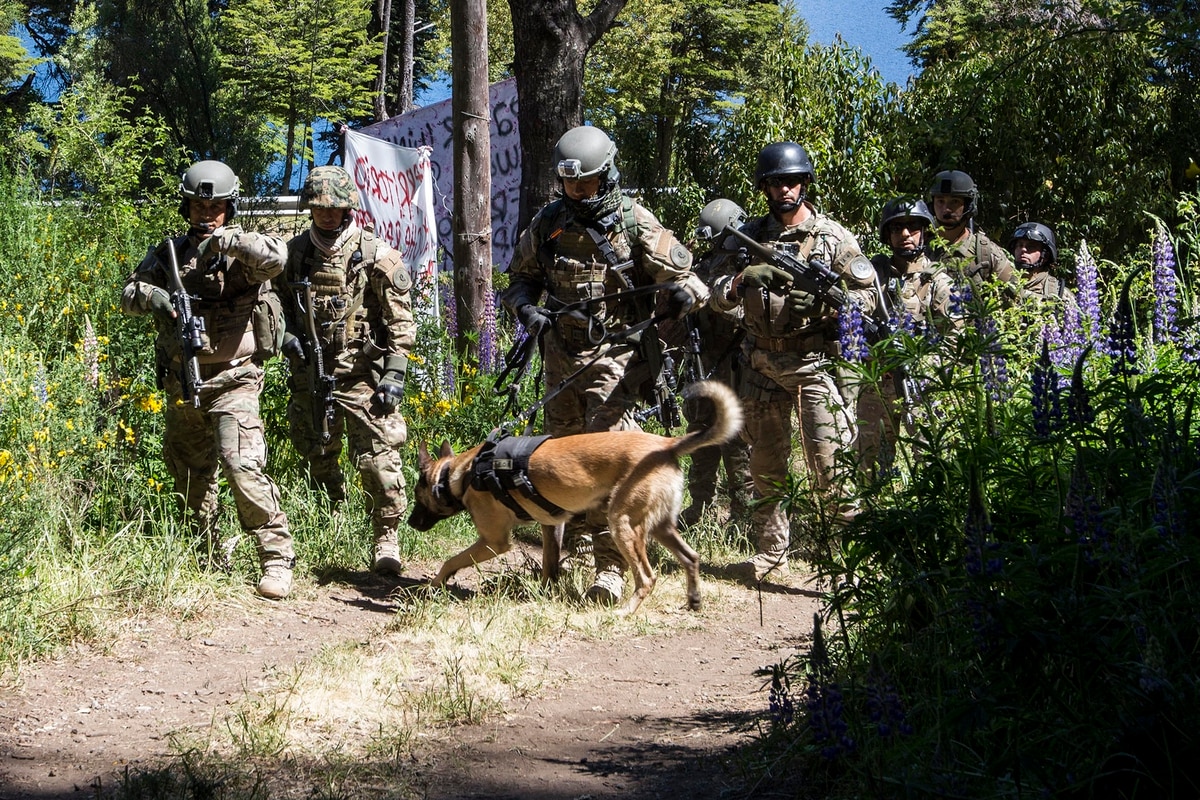 While an oral court must now judge the possible criminal responsibility of members of the Argentine Naval Prefecture that shot and killed the young Mapuche Rafael Nahuel, the federal judge of Bariloche, Leonidas Moldes, gave to accredited the existence and use of small arms in the property of Villa Mascardi.

Although the magistrate did not identify the perpetrator of the shot that ended Nahuel's life, he concluded – from the evidence gathered during the investigation – that the Mapuche group first stoned the troops and shot them, at least with two weapons: a .22 caliber and another indeterminate caliber.

Several voice messages exchanged by troops, among other groups of evidence, prove that. This evidence is also supported by the discovery of gunpowder in the hands of three Mapuches, including those of the young Rafael Nahuel.

In his extensive decision, Moldes emphasizes one of these records, belonging to the patrol chief: or main official Pablo Rubén Berra, which remained far from the scene at the base of the property usurped by the indigenous peoples of the Lafken Winkul Mapu community.

Next Infobae transcribe the detailed history, as it appears quoted in the resolution of the molds.

Officer Berra tells one of the unidentified members of the Naval Prefecture in the four audios extracted from his device:

First audio: "(…) Whether they left or not left I still do not know. Uh … we'll be hijacked by phones, then … phones, guns, everything. So it's good. Basically, you've heard. I had the group, Unity people stationed at the top of the mountain doing raking, ground reconnaissance, combat advance, infantry (inaudible). Well, they split into two groups: the group that came up had visual contact, without making eye contact by the (inaudible), a building where there were people, what I know, et cetera, et cetera. When he informs that through the HT (obviously the HT is a poronga), I determine that the two groups join and descend from the mountain. Moment in which the group that unfolded in the lower position, rises, to descend the two groups together.

"When the second group (which was in a fixed and secure position) is climbing the mountain, they collide head-on with a unit of approximately ten or fifteen members of these Mapuches.. When they make contact, they grab and say "HIGH PREFECTURE", obviously, as it should be, and the guys move, they move, do not they? They form a wedge, a wedge, and start throwing stones. From that patrol, one had a marker; start shooting with the "

"When the Indians receive the aggression of the markers they respond with lethal fire, that is, with lethal weapons, first and fundamental with a .22 caliber and a weapon of a slightly larger caliber because it burst the branches of the trees. Obviously, the soldiers instructed because (inaudible) people of the unit, all (inaudible) with infantry, begin descending with combat discipline and advanced types by individual jumps, individual jumps. That's what the boys were telling me. I mean, I know and I think and I want to think about it None of these are mentally ill and dejected to kill people just because, eh? Even they did not shoot to kill, but they threw the trees. That's what they told me. Well, they begin to do a retrograde combat, to take position in … behind, on the deck, behind the trees, and they come down. "

"For this I listened to some modulations, I decided to set up the group, a group of … the best people there, I teamed them, we went out with guns and climbed, did you see?" And we had no other contact with the people. As a result of this the death of some of the Indians, of the Mapuches occurred Eh? With a single shot that went into his back. The point is that we do not know for sure whether it is our ammunition or ammunition from the other, from others. You can be calmly others. Now we are subject to cause, we will all kidnap our weapons and everything. I already informed Mr. Mostafa. "

Second audio. "I'll ask you please do not viralize it and let it be between us." Obviously I already know that Neguer [así se entiende] he'll be counting more, but hey, I know he's coming, so I had to keep him updated. "

Third audio. "Yes, there was a maneuver on the part of the people here, from the Mapuches, on a patrol of reconnaissance that I had at the top of the mountain, but everything is well, our personnel unharmed. And well, quiet alone. "

Audio room. "Well (inaudible) I'm going to deliver my phone in the course of … this time. Eh … armaments, phones and good, nothing more. Little more and they ask you to give your butt. I tell you: they made boludo military maneuvers, and they had guns"