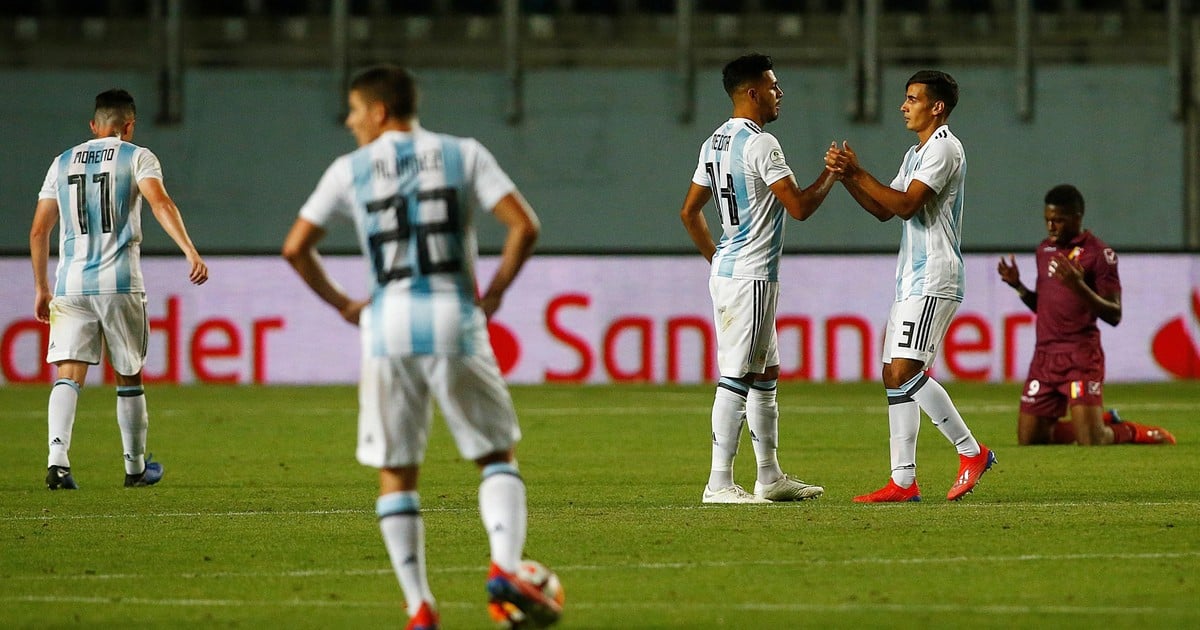 The 3-0 win against Venezuela at the El Teniente de Rancagua stadium left the Argentine U-20 team in the South American final hexagonal, which gives four places for the World Cup in Poland, which can qualify on Thursday, market.

The team led by Fernando Batista has six units, the result of his victories against the Venezuelans and against Colombia (1-0) on the second day, starting their way in the final round with a 2-1 loss against Ecuador.

Argentina are second in the final hexagonal, one point behind the leader Uruguay and ahead of Ecuador, which has the same number of units, but worse goal difference (+3 against +1). With two more points, he will guarantee his place in the World Cup without depending on other results.

The final hexagonal positions of the South American sub-20 of Chile.

The Albiceleste has two extremely complicated games. On Thursday, at 17h30, he will have to face Uruguay, the current South American champion, and on Sunday at 7.50pm, he will close his participation against Brazil.

This duel may be crucial for Brazilians, who have only one point, past marches and are likely to reach the final day out of qualifying places, so they must play their chances against Argentina.

La Verdeamarela, the selection with the most continental titles of this category, barely managed a goalless draw against Colombia in the first meeting of the hexagonal. Then, it chained the defeats against Venezuela (2 to 0) and Uruguay (3 to 2) that left it in risk situation.

The team, led by Carlos Amadeu, who has performed very poorly so far in the tournament, should beat Ecuador on Thursday if they want to reach the match against Argentina on Sunday with the not-so-tight rope around their necks.

Even if they beat the Ecuadorians, Brazil would not qualify for the World Cup if they went to Argentina and Venezuela added a point in their last two appearances, or Colombia defeat the Venezuelans and then draw or beat Uruguay on the final day.

If the Brazilians lose on Thursday against Ecuador, they will be eliminated on the last day, unless Colombia defeats Venezuela on the same day.