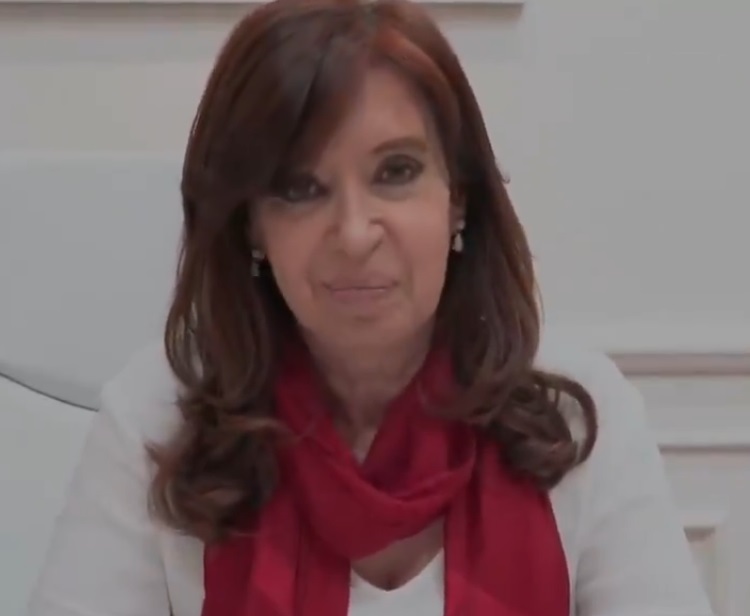 This is how the former president expressed himself in a video directed to the militancy of the Entre Ríos Citizen Unit, carried on social networks by the former governor of Entre Rios Sergio Urribarri.

Through a video Cristina Fernández de Kirchner considered this Saturday that "Together we can rebuild a better country", at the same time he insisted on the idea of ​​forming a broad front that represents all sectors of society, to succeed in the forthcoming presidential elections ahead Let's change

In the recording, directed to the militancy of Citizen Unit of Entre Rios, published in social networks by the former governor of Entre Ríos Sergio Urribarri (PJ), Cristina Kirchner He kept: "I think I'm convinced that we deserve a better Argentina."

"With the strength of the militancy of the national and popular camp, we will rebuild a country for all Argentines, I'll see you in Villaguay!" #UnidadCiudadanaEntreRios " wrote Urribarri next to the video you shared in your account Twitter

The message from the leader of Citizen unit, which was recorded on Patria Institute, is intended for militants who meet in Villaguay, to whom the senator greeted them and wished: "All the best in building a better country and a fairer society".

In relation to the objective of the political party he leads, the former president explained: "Citizen unit is to want to join the vocation of all social sectors: entrepreneurs, workers, merchants, intellectuals, teachers, professionals, youth, adults and adults.

"I am convinced that we deserve a better Argentina"closed the video.

Nancy Duplaá Kirchner more than ever: "Cristina is the only one who can get us out of all this"